Do you know where Ronaiah Tuiasosopo is right now? 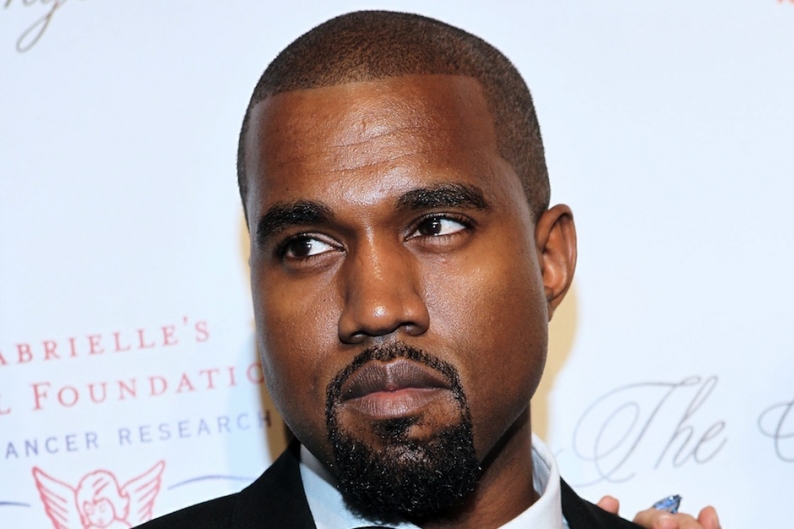 Kanye West was last seen wearing a straitjacket onstage in Abu Dhabi. That actually happened. So for West-watchers, the boundary between plausible and ridiculously impossible has long since become blurred past all recognition. The latest test of the rap-buying populace’s credulousness came over the weekend, when a screen shot of what looks to be a West album title and partial track list began circulating online.

According to this mysterious screen shot, West’s follow-up to My Beautiful Dark Twisted Fantasy will be titled Rich Black American, and guests on the record will include Beyoncé, Frank Ocean, Skrillex, Florence + the Machine’s Florence Welch, Pusha T, 2 Chainz, and Big Sean.

None of those guests are out of the question, and West certainly is a wealthy African-American. But the album title also bears a distinct similarity to a title that surfaced last year, Black American Psycho, which turned out to be a hoax. And the track list is a bit on the nose: West unveiled the track “Perfect Bitch” last year, “Popular” has been getting teased online for a couple of years, and Skrillex has previously revealed he worked with West. Plus, ‘Ye worked with Frank Ocean before on Watch the Throne. And who wouldn’t want to collaborate with Beyoncé right now?

So for now, the purported track list isn’t outside the realm of plausibility, but just about anything is plausible with West at this point. We would be equally unsurprised if this turned out to have something to do with Manti Te’o. Or, hell, Lance Armstrong: Rich Death Row American. 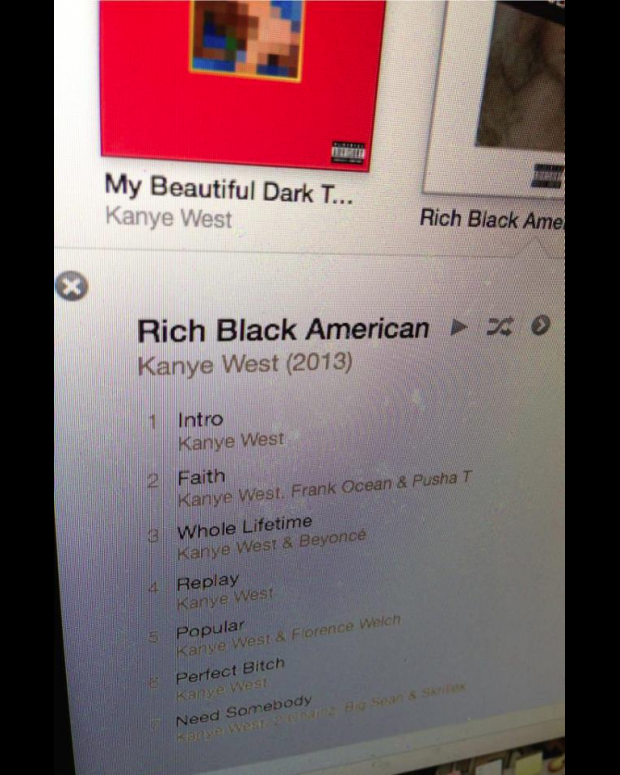