With a booking policy neatly balanced between indie heavyweights, alt-rock elders, and experimental outsiders, Barcelona’s Primavera Festival has developed into one of Europe’s most respected festivals, something like a cross between Coachella (without, hurrah, the superfluous EDM) and ATP (without, alas, the chalets). Its profile has gotten to the point that this year, rumored lineup “leaks”— all of them fake — zipped across social media, weeks in advance of any official announcement.

Primavera, it seems, can afford to tease its fans. A clock on the festival’s website has been counting down to today’s unveiling of the lineup, and at 7:30 p.m., local time, Internet users were treated to a lengthy press conference complete with Antony Hegarty impersonations and a series of comedy sketches about style mavens in hipster rehab. It was a lot to wade through even if you do speak Spanish (and, for portions of it, Catalan), but the list was worth waiting for.

There’s more, still, found on the full lineup at Primavera Sound’s website; in the meantime, check out the video below. 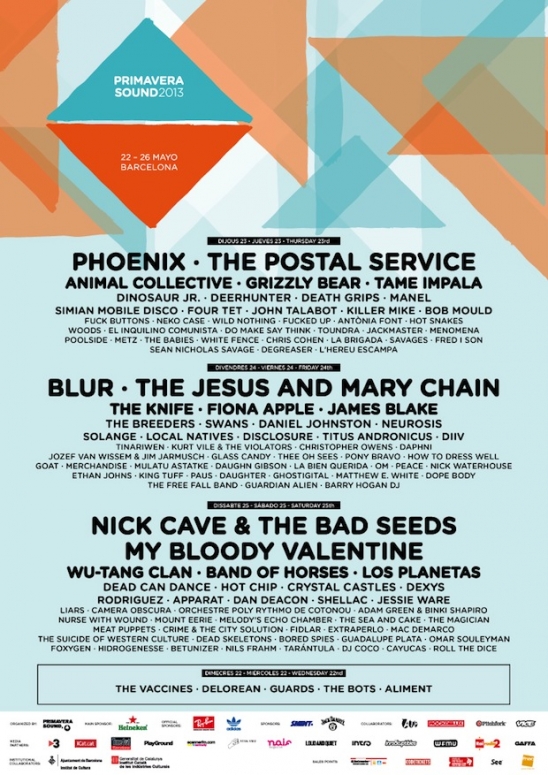