Here's 'Everybody on My Dick Like They Supposed to Be' 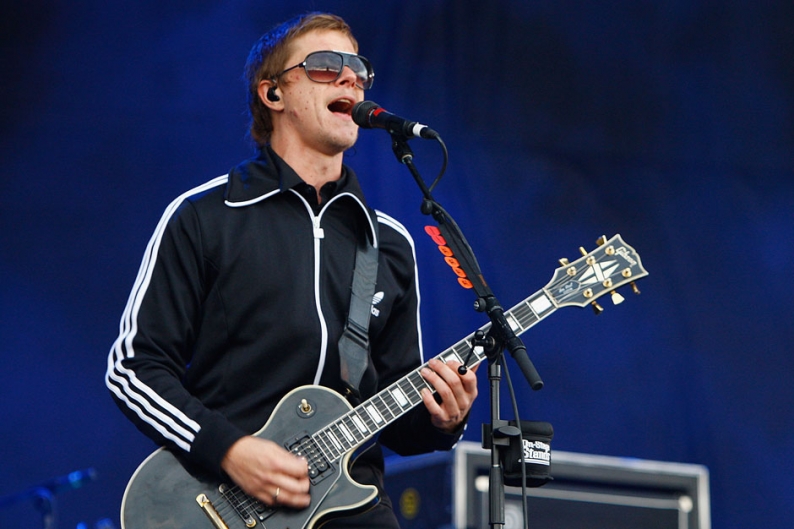 Paul Banks, frontman for skinny-tie mopes Interpol, released a hip-hop mixtape today (January 25) titled Everybody on My Dick Like They Supposed to Be. Not kidding!

According to Matablog, the 21-track collection — which features beats and production from Banks himself — has actually been in the can for about nine months. Matador originally intended Everybody on My Dick as a pre-release bonus for the crooner’s second solo album, 2012’s Banks.

Last October, the 34-year-old expressed interest in beatmaking during an interview with SPIN. “I was listening to a lot of Drake when I was recording [Banks], but that was once all the songs were written,” he said. “I took hip-hop songs to [co-producer] Peter [Katis] [and] said, ‘Check this out.’ But he’s not into hip-hop. A lot of times he’d be looking at me like, ‘Why the fuck are you playing me this?'” Not an unreasonable reaction.

Everybody on My Dick features foggy instrumentation and RoboCop samples, plus guest verses from El-P, Talib Kweli, Mike G, and High Prizm. Smartly, Banks doesn’t do any spitting, but his monotone delivery does float in at times.

Again, it’s called Everybody on My Dick Like They Supposed to Be. Stream it below.