"Vincent Gallo found us on MySpace and said he'd been looking for a band like us for a million years." 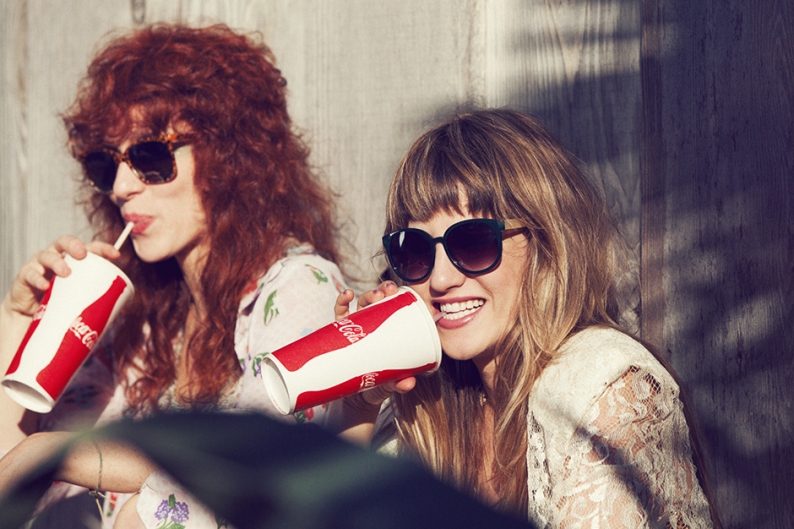 Who: Lindsey Troy howls like she’s teaching the world a lesson while wielding her guitar like a whip. Her Deap Vally bandmate Julie Edwards punishes the drums as if they’re telling her lies. So how’d this havoc-wreaking union come to be? “I went to a crochet class that Julie was teaching,” explains Troy, who’d signed up for a session at Edwards’ L.A. shop, the Little Knittery. “You naturally start chitchatting at that sort of thing.” A mutual love of Led Zeppelin and Joan Jett eventually led to Deap Vally, which released its sizzling debut single, “Gonna Make My Own Money,” in June 2012. “Knitting,” says Edwards, “is heavier than people think.”

Roughage: The abovementioned single — a burst of self-reliant aggression — plus the band’s raucously brutish live show attracted the attention of Mumford & Sons’ Ben Lovett, who signed Deap Vally to his Communion label. The duo’s debut LP Sistrionix, distributed through Cherrytree/Interscope, is due in May, and touring starts in February. Despite still writing songs when they spoke to SPIN, Troy (a former folk-pop prodigy who was signed to Elektra at age 15), and Edwards (ex of punk buzz band the Pity Party), promised that the album will stay true to earlier explosions like “End of the World” and “Ain’t Fair.” “It’s incredibly cathartic playing this kind of music,” says Edwards. “We’re not interested in making a smoother version of something meant to be rough.”

Earnest Gallo: Before signing with Communion, Deap Vally entertained offers from plenty of other labels — and were told they might need to change a few things. An unexpected ally surfaced with some sage advice. “Vincent Gallo found us on MySpace and said he’d been looking for a band like us for a million years,” says Troy. “He became a friend, and he really encouraged us to stay true to ourselves. That was so important for our confidence.”

Magic Spelled: The funky spelling of the band’s name also doubles as a good-luck charm. “We were Googling to see if anyone else spelled those words the way we do,” recalls Edwards, “and we only found one—some guy on a video-game message board who obviously didn’t know how to spell.” She laughs. “Statistically, it’s super-rare to get only one search-return back. We took that as a sign from the universe!”