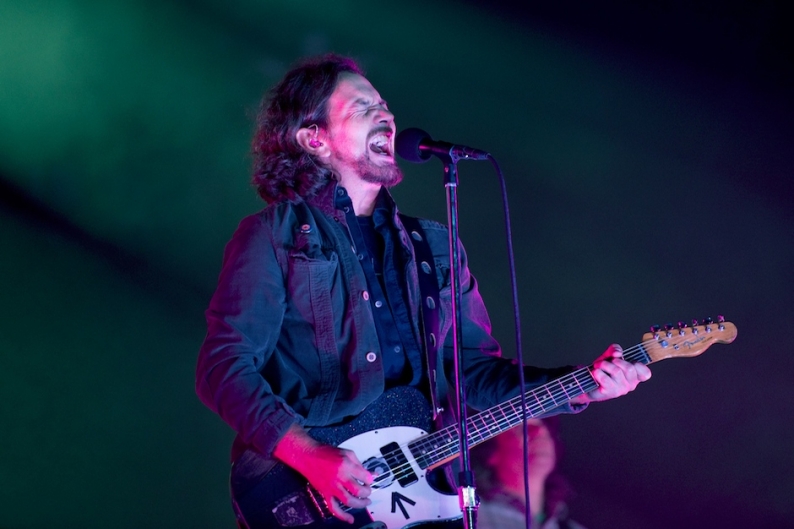 As has been the custom for over two decades, Pearl Jam bestowed a 7″ single upon their cultish fan club flock (the Ten Club) for Christmas this year. Its A-side, as Consequence of Sound points out, is a live recording of “In the Moonlight” that features skyscraping vocal contributions from Queens of the Stone Age frontman Josh Homme. Originally recorded during the Tchad Blake-helmed sessions for 2000’s Binaural, the song has only been available up until now as part of Peej’s 2003 rarities collection, Lost Dogs. Equally impressive, the single’s B-side is a lively live cut of another outtake (“All Night,” from 1995’s No Code, another Lost Dogs standout) that includes extended Jamily members Glen Hansard, Liam Finn, and Joseph Arthur. Hear them both below: