Perfectionism and capitalism may be to blame 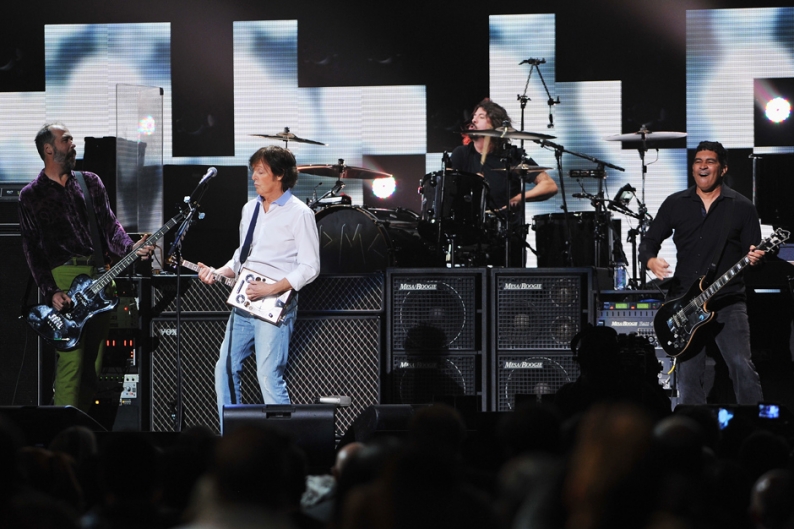 Of all of the weird/awesome/goofy shit that took place during last week’s six-hour “12-12-12: The Concert for Sandy Relief,” two of the massive fundraiser’s most talked-about performances have been left off of the corresponding live album. As noted in our 36 Most Memorable Moments roundup, a kilted Kanye West arrived toward the end and river-danced circles around the nearly ceaseless run of (impressively well-) aging English rockers. He delivered a fierce 13-song medley that helped push the show to the finish line and no doubt helped bring in some of that $50 million that 12-12-12 raised. Also, that Sirvana thing happened — you know, the “Nirvana reunion” featuring Paul McCartney on vocals.

But while the jackass who defiled Leonard Cohen’s “Hallelujah” by rhyming it with “poo-ya” (Adam Sandler, of course) has his own spot on the concert LP’s track list, Kilt Kanye and Sirvana have been left off. Why? Billboard reports that Columbia, the set’s distributor, refused to comment and that a source from the publishing world refuted the idea that thorny legal clearances were to blame. But they do cite unnamed sources who speculate that “West’s perfectionism” is to blame and that “it’s likely that he wasn’t happy with the performance.” So, essentially, Kanye being Kanye. Then again, Billboard also refers to West as “the only musical performer not featured,” and Dave Grohl was on the official bill.

As for the main Foo’s absence from 12-12-12: The Concert for Sandy Relief, the album, again signs point to the artist being the issue. Shortly after Sirvana debuted “Cut Me Some Slack” at the benefit gala, Grohl revealed that the song was recorded for his forthcoming Sound City documentary and that, guess what, it will be on the soundtrack album, which is already available via iTunes. Macca and the boys wound up performing the track on Saturday Night Live over the weekend.