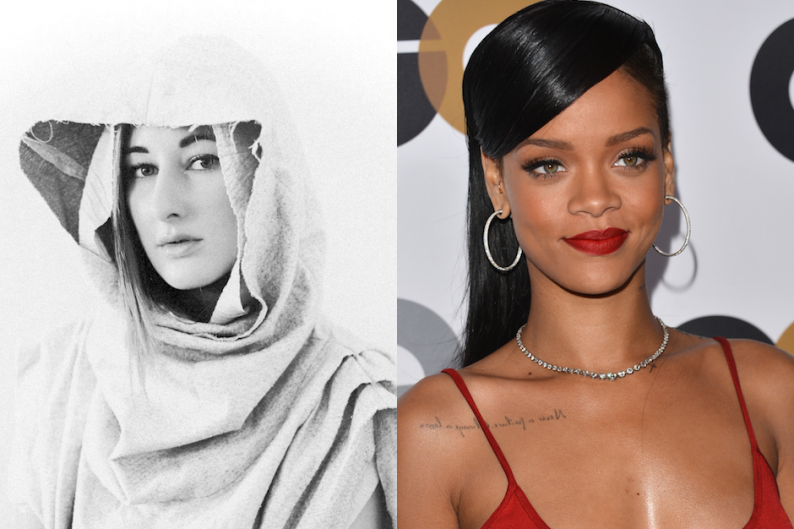 The metamorphosis of Nika Roza Danilova continues. On last year’s Conatus, the operatic voice behind Zola Jesus cast off the lo-fi shroud of her earliest recordings, a goth-girl-gone-pop transformation she drove home with the moth-themed video for the latest album’s “Vessel.” Last night, Danilova revealed her cover of Rihanna’s inescapable single “Diamonds,” and it’s an oddly compelling document from either perspective.

When another gifted art-rocker, Bat for Lashes, covered Rihanna’s Calvin Harris-tweaked “We Found Love” last month — as when she covered Kings of Leon’s “Use Somebody” a few years ago — she demonstrated that it could work in her own intricate electro-folk style. Danilova doesn’t quite turn “Diamonds” into a Zola Jesus song here, but then again, she doesn’t remake herself as a Top 40 artist, either. Instead, this eerie, reverb-layered cover splits the difference between the two, and reinforces that it’s not as far as underground or overground absolutists might think. For that alone, her “Diamonds” should be a valuable beacon in the gloom.