One part of the forthcoming Pirate Press Records comp, due December 12 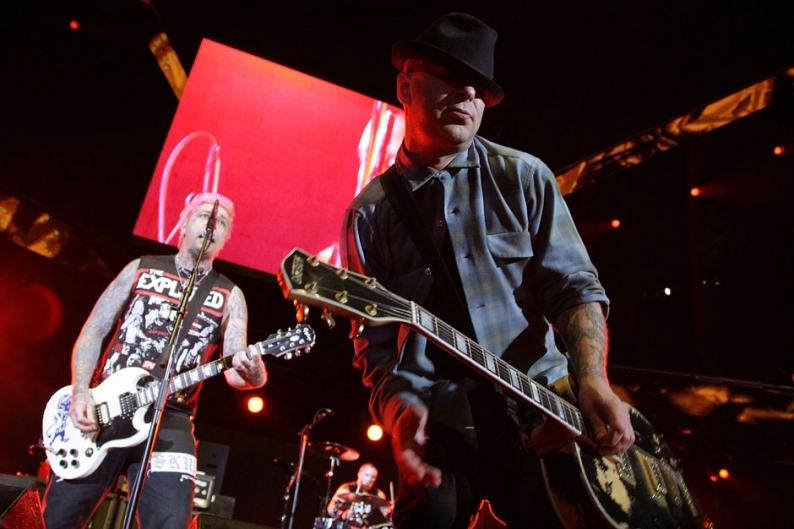 Though Rancid just celebrated 20 years together, the lovably louche No Cal punks are still preoccupied with teenage rebellion. On the four-piece’s new single, “Fuck You” — which appears on the upcoming Oi! This Is Street Punk, Volume Two compilation via Bay Area label Pirate Press Records — guitarists/singers Tim Armstrong and Lars Frederiksen declare, “We say what we want / We do what we want / We live how we want / So everyone’s singing with us / Fuck you!” Not exactly a bold statement coming from two middle-aged dudes, but the “Shimmy, Shimmy, Gilman Street” surge of guitar and sore-throated vocals definitely help sell the “Get off my case, Dad!” anthem.

Scroll down to hear “Fuck You,” or head over to the Pirate Press website, where it’s streaming along with the rest of the collection. Vol. 2, which features 12 bands doing 12 different songs on a 12-inch vinyl single, will be available in stores on December 12. The exclusive mix — which also includes tracks by Razorblade, Booze & Glory, and others — follows last year’s Oi! This Street Punk, Volume One, which commissioned 11 bands for 11 different songs on an 11-inch single for a November 11 release. (That release boasted a track from Frederiksen’s other band, the Old Firm Casuals.)

And while Rancid fans may still be waiting for a proper follow-up to 2009’s Let the Dominoes Fall, Pirate Press has a consolation prize on the way: In honor of the Berkeley quartet’s 20th anniversary, Pirate Press is releasing Essentials, an impressive box set spreading all of Rancid’s seven full-length studio albums (plus B-sides) across 46 seven-inch singles. An exact release date for the elaborate retrospective hasn’t been narrowed down yet, but the California imprint aims to “ship all pre-orders in plenty of time for the holidays.”