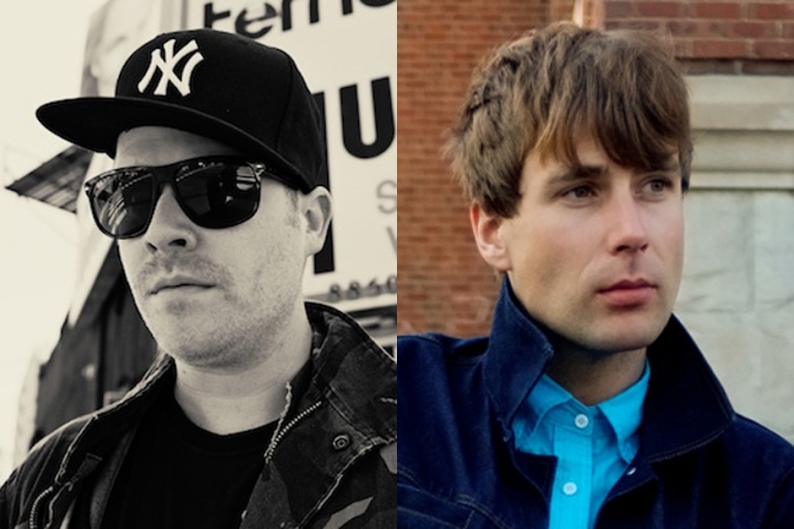 Some musicians go it alone or stay with the band that made them until the bitter end. Others are born restless, and those r?nin warriors all seem to find each other on a long enough timeline. El-P and Nick Diamonds are two such dudes, and they’ve just released their first song as Stepson. The former, of course, has experienced a career renaissance this year, having produced the SPIN Essential-stamped Killer Mike album R.A.P. Music, and also delivered an incredibly solid solo platter, Cancer for Cure, on which Mr. Diamonds guests. (Watch them perform “Stay Down” together on Letterman.) And that other fella ain’t no slouch either. Under his birth name Nicholas Thorburn, the Unicorns founder crafted a sorely overlooked new Islands long-player, A Sleep & a Forgetting, only a year after debuting his Mister Heavenly supergroup. On the pair’s official debut, each man does his particular thing: Diamonds cooly moans out emotive and bleak lyrics while (we’re guessing) tending to that toy keyboard-like melody, while El-P churns up a stuttering, bass-blurry backing track wobbly with thick synth. Their fake dads should be proud.