Beck to Follow ‘Song Reader’ With Album You Can Actually Hear

'Odelay' maestro's next record will be 'standard format' 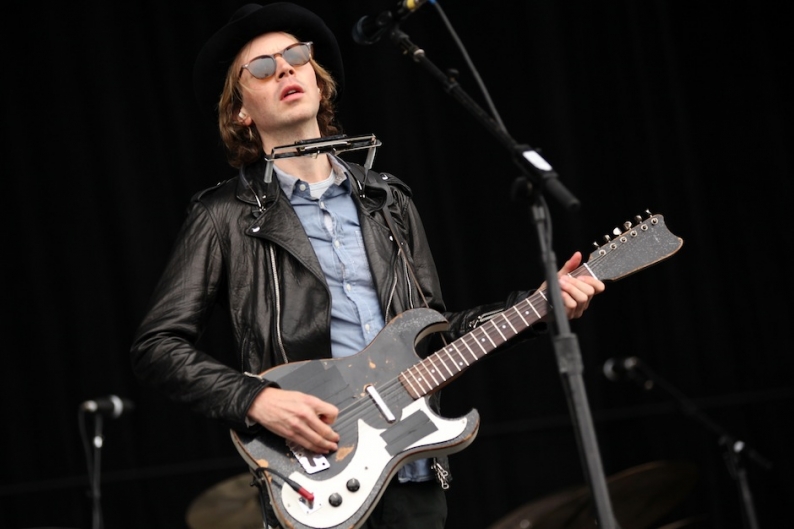 Beck might be suffering from modern guilt. As the eclectic Los Angeles veteran gets set to release a new album of sheet music, Beck Hansen’s Song Reader, next month via McSweeney’s, he’s also working on a record you can actually hear without either playing it yourself or watching someone else who isn’t Beck give their rendition. Or so he said in an interview with Triple J Radio, as Consequence of Sound points out.

“I started a record, largely recorded in 2008, so I’m trying to carve out some time from all the production work I’m doing to finish those songs before they’re relics from a lost era,” Beck told Triple J toward the end of the interview. “They’re going on half a decade old at this point.” Asked how he’d release them, he said, “I think they’ll be pretty much a standard format.” Beck also revealed he had recorded demos of the Song Reader material, though the odds those tracks will see an eventual release are anyone’s guess.

When not releasing songs as sheet music, Beck has also been releasing songs via video games, rapping with Childish Gambino, collaborating with Jack White, covering “Corrina, Corinna,” covering “I Only Have Eyes for You,” and contributing to the film Jeff, Who Lives at Home. The production work he mentioned has included albums by Thurston Moore, Stephen Malkmus, and Dwight Yoakam. Beck did, however, confirm exclusively to Triple J that he has no plans to appear anywhere, as he did more than a decade ago on Futurama, as an animated, disembodied head.