Electronic dance music has long vacillated between teenage kicks and grown-up aspirations: Way back in the early 1990s, the U.K.’s fast, cheap, and out-of-control rave scene sparked a backlash in the form of “intelligent techno” and “electronic listening music,” with gatefold concept albums being substituted for white-label 12-inches, and true-school techno heads attempting to wrest rave’s legacy from the hopped-up happy-hardcore punters.

Those divides are still with us: Much of the debate over the merits of North America’s current EDM boom comes down to disagreements between seasoned clubbers in search of techno gravitas and greenhorn ravers happy just to roll around in the grass. Even within the most strobe-lit corners of the scene, though, there are signs that some up-and-coming producers want to do more than just coast from drop to drop. As the 23-year-old German producer Zedd, a.k.a. Anton Zaslavski, recently tweeted about his debut album, “#CLARITY is all about the music; ‘the ‘M’ in ‘EDM.'”

That might sound strange coming from a guy who has a song called “Shave It” and another dedicated to The Legend of Zelda. It’s meant to be provocative, of course — to highlight a supposed deficiency of actual musicality in dance music. It also seems to be something of a party line over at Interscope. As label A&R man Dave Rene said in a roundtable discussion with Resident Advisor last month, “I’m marketing Zedd as a musician first….He’s part of the EDM scene, he goes out and plays his live shows, but when we say ‘artist, producer, DJ, remixer,’ I make sure it says ‘producer’ first.”

But what musician doesn’t profess to be all about the music? And Zedd’s talents are admirable. He knows his way around a chord change, and he’s a formidable tweaker of big-tent rave tropes, with vertiginous crescendos and Wile E. Coyote-caliber drops. He relies less on shock factor than his mentor, Skrillex, preferring intricately crafted counterpoints and dulcet top lines, but he has a similarly mischievous sense of contrast. Clarity‘s 10 tracks happily yoke together Justice-inspired electro-house riffage, ethereal trance melodies, keytar solos, kinetic vocal chop, chamber strings, heart-in-mouth snare rolls, and Bach-via-Van-Halen arpeggios — sometimes in the space of a single track. 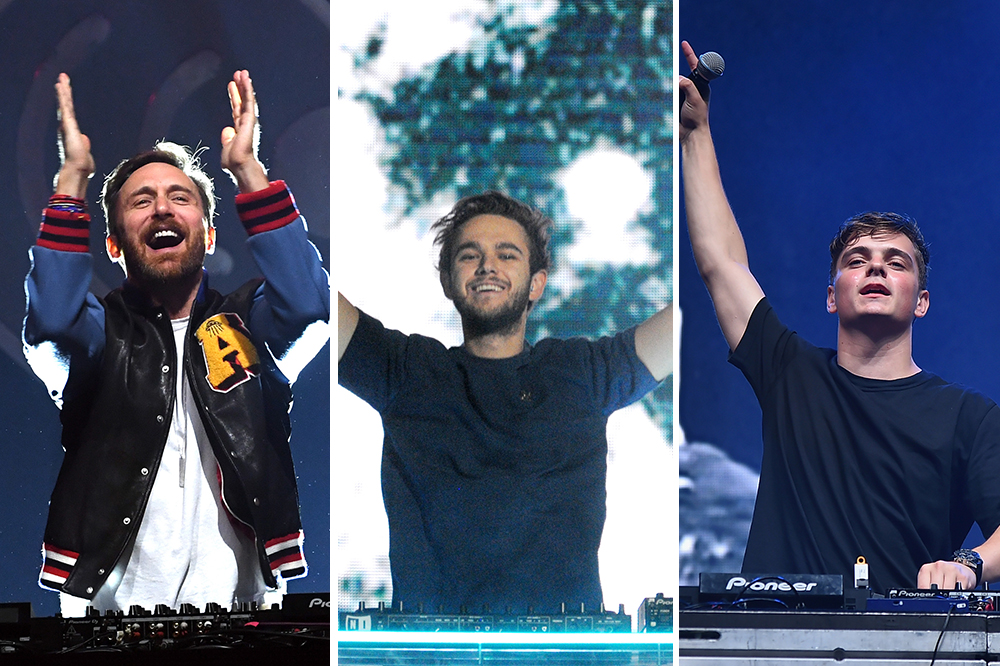 And in many ways, Zedd is EDM’s bootstrappingest success story, a guy who catapulted himself from remix-contest winner to remixer of Skrillex and Lady Gaga, then on to festival main-stage appearances and a contract with Interscope, where he’s being primed as a hit-maker. “Interscope isn’t the ‘home office of dance music’ and Jimmy [Iovine] is the first to say he doesn’t like dance music,” admitted Dave Rene of his label boss in that same roundtable. “So I have had to be creative. I had to be like, ‘If I want to do this and be a part of it, I need someone who can sit downstairs and make Jimmy records.'”

To that end, Clarity a smartly constructed album, trimming the roller-coaster tracks to four or five minutes apiece and connecting them with overlapping intros and outros in a way that feels like one unbroken set. More than many electronic albums, it feels like there’s a story being told; you can hear how Zedd’s live sets have influenced his sense of sequencing and timing. Even so, there’s a lot going on. The album’s 45 minutes of twists and turns and come-ups and codas get exhausting, and from a production perspective, there’s little innovation here. We’ve heard these sirens, whooshes, and fizzy synths a million times. The dotted-eighth chord stabs are one of trance’s most hackneyed tropes — once you look past his occasionally clever harmonic pivots, they don’t bring anything new to the table. Zedd’s overall idea of composition seems deeply banal, rooted largely in four-bar chord progressions, tacked-on string quartets, and ambiguously yearning vocals from guests like One Direction’s Ryan Tedder and Adam Levine sound-alike Matthew Koma.

Zedd has spoken of how he wrote some of the songs on piano and then built them up in his computer, and it sounds like it: Often, they feel like conventional pop tunes wanly spruced up with EDM pixie juice. The opener “Hourglass,” featuring a vocalist called LIZ (Elizabeth Nicole Adams), aims for Coldplay-grade grandiosity, complete with chiming music boxes, stately piano, and the crackle of worn vinyl, before morphing into a Guetta-style robo-stomper. The songs featuring Tedder and Koma seem targeted for Gossip Girl, whipped high with breast-beating falsetto and lyrics like “Let’s get lost at sea / Where they will never find us / Got stars at night to guide us.” At least the next teen remake of Romeo & Juliet has its speedboat-chase music in the can.

There’s a glimmer of hope on “Follow You Down” (no relation to the Gin Blossoms song), a legitimately great pop track that uses singer Heather Bright’s dusky drawl to wonderful effect, mirroring her multi-tracked close harmonies with starry-eyed chords. It maintains its emotional center in spite of the periodic eruptions of stadium-sized pyrotechnics. If Zedd could only tone down his musical ADD, he might someday nail that elusive “M.”