In "Turpentine," JEFF sing: "I see you standing / Whatever for? / All abandoned like old Courtney Love" 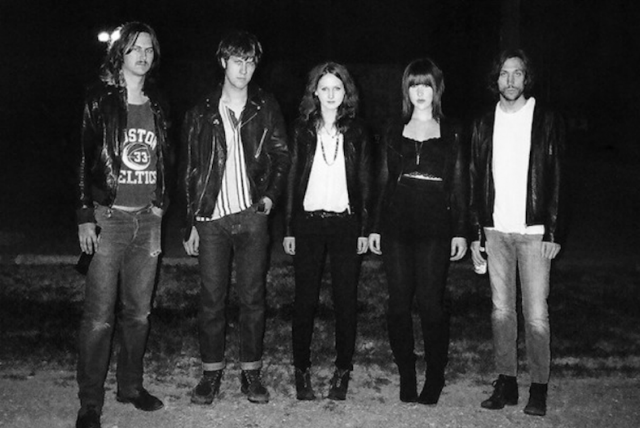 Less than week after Glee aired a jazz-handsy cover of Hole’s “Celebrity Skin,” JEFF the Brotherhood’s version of another Hole song has hit the Internet. The Nashville garage-rock siblings reached back to “Turpentine,” from Hole’s 1997 EP The First Session (which, true to its title, contains Hole’s first studio session). Only, where Love shrieks, “I see you standing / Whatever for? / All abandoned like an old whore,” JEFF howl, “I see you standing / Whatever for? / All abandoned like old Courtney Love.” Or “an old Courtney Love,” it’s hard to be sure. Either way, the track is from a split 7″ with New York’s Hell Beach, out this week on the Bros’ Infinity Cat label. Keep an eye on Love’s Twitter to see if she has a response to her name being used as a substitute for whore. Maybe she’ll think it’s cheeky?

Listen to it over at Stereogum.