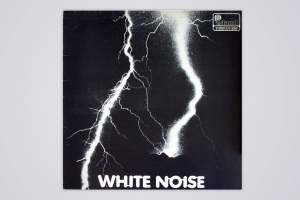 The Moog-pop supergroup spawn of the BBC Radiophonic Workshop, White Noise’s sole LP —1969’s An Electric Storm — is handmade electronic music of the first order. David Vorhaus, Delia Derbyshire, and Brian Hodgson built their resonant blips and proto-hauntological swirl from scratch without a single keyboard-based synth. Though parts of “Firebird” sound like Smile, the trio embraced the power of working without presets, either generic or technological. The drama of the group’s dream-splice edits wasn’t lost on Animal Collective.

Deakin: We used to spend time outside on this porch [of the house] Dave’s family lived in. I remember that record coming on. I might have been having a [psychedelic] experience of some sort. It was just incredible. It was something I think I already understood. These guys were really formative for me, to be making stuff that I saw using “sounds” as opposed to using specific instruments to create incredibly strong images. It led to me asking Brian for help.

Avey Tare: Josh was on acid and maybe Noah was on acid. We were just trying to do what we usually do. Just sit around and play each other music. And we definitely noticed that Josh was getting a little carried away in the sounds and acting out different scenarios!

NEXT: Woman in the Dunes