A sand-spackled clip from the wavy New York's beat-makers, from their EP of the same name 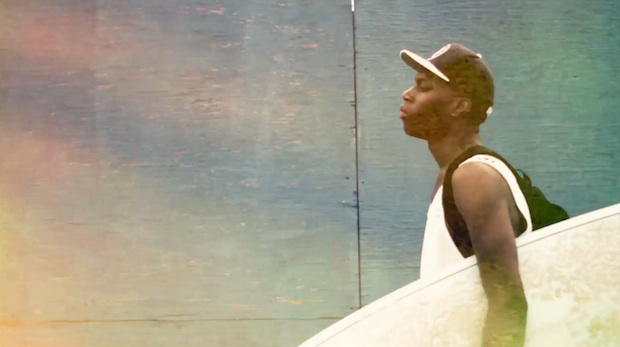 The largest urban oceanfront in the U.S. is the backdrop for the summer-saturated video for the Soundmen’s “Funny Feeling.” Queens’ Rockaway Beach seems the perfect environment for this particularly wavy slab of synth candy from the New York production duo. While their work often accompanies the rap styles of the adroit and brainy (Homeboy Sandman, Tanya Morgan’s Von Pea, members of Flatbush Zombies), they’re here joined by All Dom Wrong, a fellow producer who, it turns out, has a mellow Robert Smith-like coo. The clip, for a song hailing from their new EP of the same name, follows the adventures of a young man on his way to the surf through a cityscape prone to small bursts of strange magic.