Capitol exec: "There is a review of 'Paul's Boutique' in the July issue of SPIN Magazine, which I think may just say it all' 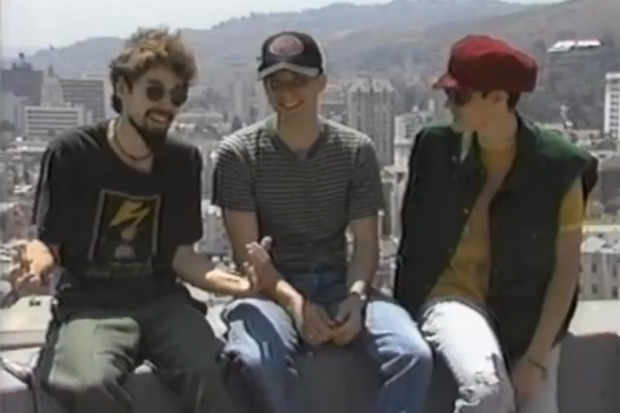 A few days after the Beastie Boys released their watershed 1989 album Paul’s Boutique, they put their hard-fought partying rights to use atop Capitol Records building in Hollywood. Ego Trip directs us to a nearly 49-minute video from the event, where you can see a lengthy and amusing Q&A with Mike D, Ad Rock, and MCA (R.I.P.). Pauly Shore is on hand, and a plane writes BEASTIE BOYS in the sky. It was a different time.

Speaking of egotripping, however, SPIN is pleased and humbled to report the magazine makes a cameo of our own in the footage. Capitol Records president David Berman salutes John Leland’s Paul’s Boutique review in a speech around the 6:30 mark. “There is a review of Paul’s Boutique in the July issue of SPIN magazine, which I think may just say it all,” Berman declares. “‘Long overrated as a gimmick, the Beasties have been underrated as visionary grubs; this is the sound of three guys working very hard, cramming each second with a new idea and a tough rhyme.'”

Leland, who was an editor and columnist at SPIN, is the author of Hip: The History, Why Kerouac Matters: The Lessons of On the Road and has more hits than Sadaharu Oh.

Watch the full clip below: