THE SPIRIT OF THE BEEHIVE

THE SPIRIT OF THE BEEHIVE 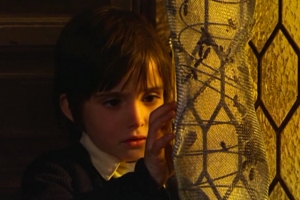 The 1973 debut of Spanish director Víctor Erice. Inside, a young girl in a small Spanish village circa 1940 goes to see a traveling film of Frankenstein, is convinced a sheep pen is the monster’s home, and befriends a runaway soldier from the republican army. Later, she wanders the woods, eats a mushroom and has a vision. Her parents, like so many filmic parents, are distracted by their own sad problems. But the movie isn’t a fantasy, it’s a reminder of the ways in which fantasy gets tangled up in everyday life. Monsters, children, forests, mushrooms, the fragile walls separating unreal worlds from our very real feelings about them: Was this movie not actually made by Animal Collective?

Avey Tare: It’s a great Spanish movie. It has this dreamlike quality to it. It’s super dark but really hits home in a way.