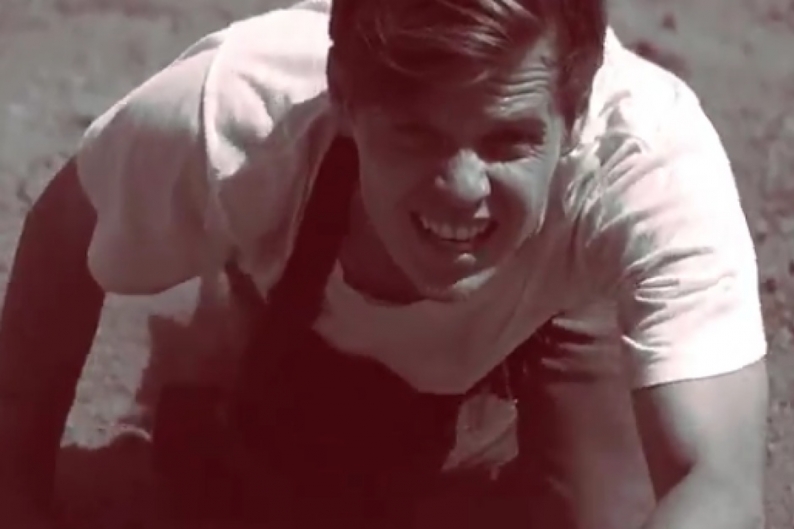 About a year ago, Katy Perry’s younger brother David Hudson, 24, decided to get into music. She was as surprised as the rest of us, it seems, but the little fella with the big gruff voice has stuck with it. He released his Dirty Face EP to iTunes on August 2, and now he’s got himself a video for the song, “To You.”

The song itself is an adult contemporary-flavored pop track with epic emo overtones. Not bad — just very vanilla, especially compared to the candy-coated smorgasbord that is his sister’s oeuvre. And the video’s kinda clever — a loop that finds Hudson offering his heart to an unimpressed mistress who tosses it aside before he catches it and repeats the process — even if it’s in need of color correction and an audio fix.

Also to be appreciated is the presumably unintentional career metaphor of Hudson struggling in an uphill battle to reach his goal before he winds up dragging his own damn self through the dirt. A preemptive strike, perhaps? Finally, that chick should be a quarterback the way she tosses that heart-shaped rock. Oh, and one of Hudson’s most recent Twitter updates: “Boobies. #GodBlessThatCreation”