G-Side Split, Chapter Two: Yung Clova and the Start of His Solo Career

The raspy half of G-Side, now of Lambo Music, leaves open the possibility of the group getting back together 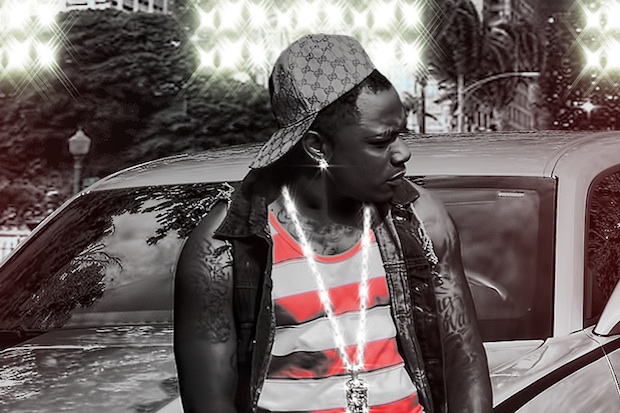 “We’re just getting old. Me? I got a daughter, I got a family.” That’s Yung Clova, one half of the defunct-for-the-moment, Huntsville, Alabama duo G-Side, and now the head of Lambo Music, over the phone yesterday afternoon. “It’s time for me to support them; I can’t keep…” Then he trails off. For Clova, it seems, the DIY grind that was a source of pride for G-Side was also beginning to feel like, well, too much of a grind. “We’ve been doing music since we were, like, 15 years old and, at times, it seemed like we were close to a deal.”

Though nothing was ever confirmed by the group, there were two or three times over the past year when talk would swirl around that G-Side had signed a major-label deal, but the rumors always turned out to be untrue or preemptive. Clova, it seems, wanted to continue in the direction of courting the interests of a label. “My approach,” Clova explains, “was, let’s do something different, so everybody can see our versatility. Let’s do a solo act.” That plan, though, didn’t work out and “in the end,” Clova says, “it just blew over and we ended up separating.”

What’s left is the group’s remarkable, and incredibly influential legacy: Four albums over four years (plus a 2007 debut Sumthin 2 Hate); no record deal (by choice); and a modest model for success that understood the importance of blogs as well as serious touring. And they never sounded like anyone else, even moving away from the vague trance-stomp that was, for a moment, “the Huntsville sound.” The first time I visited the website BandCamp — now the prime spot for indie artists to release their music — was to grab a G-Side release. I first met the group in March of 2009, not too long after Starshipz & Rocketz was released, at a show in Greensboro, N.C., where they played for about 20 people, as if we were 2,000-strong; only a quarter of that crowd even knew who they were. I was just some annoying guy who knew a little too much about their music, but they thanked me for listening and gave me a stack of Starshipz CDs to hand out to anyone who might care.

Echoing his partner ST’s comments, Clova says the G-Side split was friendly and probably the mature decision, which seems like the ideal way for this group of sensible street dudes to end an era. “We ain’t never got into it,” says Clova. “We never argued; we didn’t even argue about this. It was just something we did. ST? I support his music and I love the way he raps.” Despite moving in a more radio-friendly direction with his solo work, including nods to the Auto-Tune rap of Future, plus collaborations with DJ Scoot (a Huntsville radio personality), Clova continues the self-sustaining, push-up-the-people approach to rap that fueled G-Side. Like Slow Motion Soundz, Lambo Music will be a loose collective-like contingent of rappers, producers, and creative types, even with their own studio in Athens, Alabama, Clova’s hometown. “Back in my neighborhood, it seems like everybody’s getting locked up,” Clova observes soberly, “And lately, people have just been calling me because they see what I’m doing that’s positive in the neighborhood. That’s how Lambo Music came about. It was something where I could help out.” One of Clova’s artists is his younger brother, who Clova has encouraged to get off the streets and get serious about rapping.

And like ST, Clova leaves open the possibility of G-Side getting back together at a later date. “I hope one day we come back together and reunite and do something crazy,” he said. As for Clova’s solo work, he’s working on a mixtape called Pablo Picasso, to be released in conjunction with the rap blog Dirty Glove Bastard. He’s also prepping an mp3 stunt that involves releasing 100 songs over 25 days, starting on September 21. You can check out some of of Yung Clova’s work with Lambo Music below: