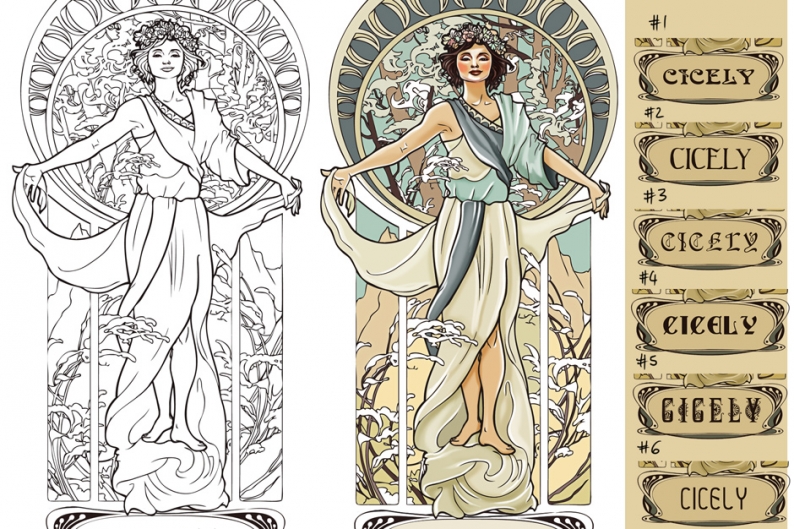 Rest easy, readers: Bon Iver’s Justin Vernon has chosen his next tattoo. Last week we reported that Mr. Bonnybear himself had initiated a contest to crowd-source a Northern Exposure-themed design to be inked onto his arm. Via 99designs, he’s picked a winner: Italy’s Giulio Rossi.

Rossi will receive $175 for his Art Nouveau rendering of the character Cicely. There were 60 entries total, by 27 designers. And the whole thing cost Vernon a mere $299 (the rest of the money went to the hosting site). Looks like Rossi cleans up.

As a reminder, here were the guidelines for the design:

“I named my band after an episode of Northern Exposure. In the episode a women transforms a gold rush village into a cultural place with one single dance in a tavern. They name the town after her, Cicely, Alaska.

The art direction in the episode is unmistakably Mucha and I want to get a very large tattoo of this on my left arm.

I’ll include some images of the actual episode, of Cicely herself, and of some of the Mucha pieces I want the shape and style to be like. A tall rectangular, stained glass, bold lines shadow box!

My favorite, hopefully what your illustrations will be based on, is the image I uploaded of Cicely with arms outstretched in mid-dance. You can’t see her with the flowing scarf in her hands, but that would be cool if we could involve that.”