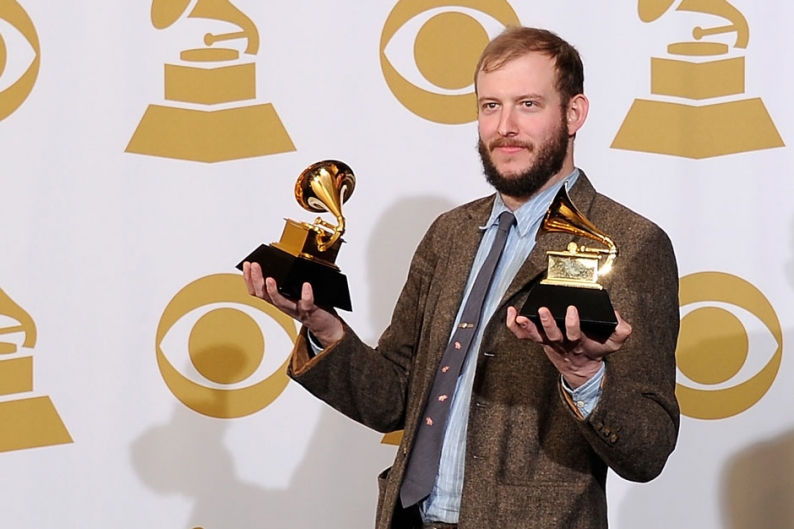 Like any good artist aiming for iconic status, Bon Iver’s main man Justin Vernon dabbles in a certain amount of unpredictability. For some that means public brush-ups with drugs, sex and/or guns, but for Bonny Bear, it’s more like rap mixtapes, fitness seminars and, now, crowdsourcing tattoo designs inspired by all but forgotten ’90s television dramadies.

Vernon recently kicked off a contest that’ll see one lucky aesthetically minded fan picking up a cool $299 for creating the next image that the baroque folk Grammy guru’s going to indelibly ink onto his arm. But lest the entries be all tribal designs, weed leaves and flitting butterflies, he’s included some direction. The new tat is going to be an Art Nouveau rendering of a character from Northern Exposure, the show that actually provided Vernon with his band’s name.

In his own words, from the hosting site 99 Designs:

“I named my band after an episode of Northern Exposure. In the episode a women transforms a gold rush village into a cultural place with one single dance in a tavern. They name the town after her, Cicely, Alaska.
The art direction in the episode is unmistakably Mucha and I want to get a very large tattoo of this on my left arm.
I’ll include some images of the actual episode, of Cicely herself, and of some of the Mucha pieces I want the shape and style to be like. A tall rectangular, stained glass, bold lines shadow box!
Please, help!
My favorite, hopefully what your illustrations will be based on, is the image I uploaded of Cicely with arms outstretched in mid-dance. You can’t see her with the flowing scarf in her hands, but that would be cool if we could involve that.”

As Pitchfork points out, Vernon has already whittled the entrants down to five finalists whose art is viewable here. The feedback can be fun to flip through: “I love that we can see her bare feet! important! way to go!! I love your MOTION with her. I think the font can be simpler too. Thats the general idea tho!” Can “Love Your Motion” be the title of the next Bon Iver single?