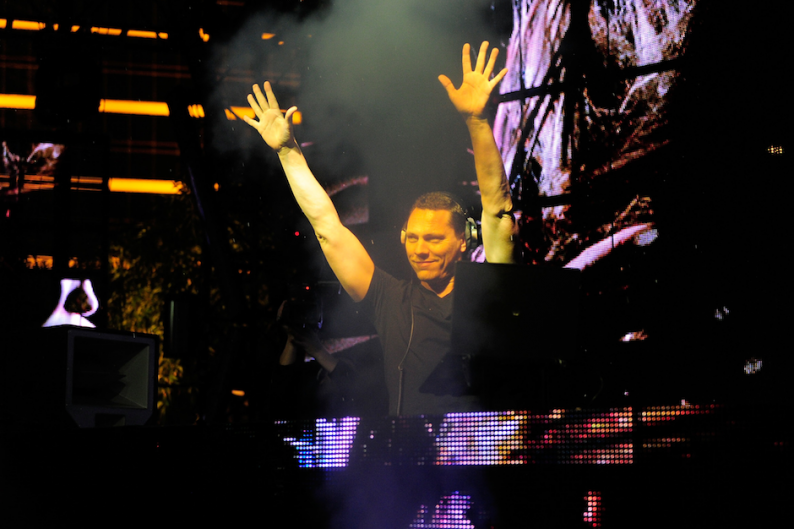 With dance music booming enough to get its own new category at MTV’s VMAs, EDM has reached Forbes’ radar. The financial mag has done an investigation into how much DJs are raking in, ranking Dutch-born Tiësto, who has earnings of $22 million and commands an average nightly gross of $250,000, at the top of the list. Next up is Skrillex, whose earnings land in the $15 million range, followed closely by the Swedish House Mafia, who are entering their hiatus on top this year with $14 million in earnings (maybe they should reconsider calling it quits). Skrillex and Tiësto also made Forbes’ Celebrity 100 countdown.

The Top 10 earners include the HP-endorsed David Guetta ($13.5 million) and workaholic Steve Aoki ($12 million), as well as some notable artists whose worth was not disclosed: Kaskade, Deadmau5, Afrojack, Avicii and apparently DJ Pauly D of Jersey Shore infamy. The Forbes article mentions that part of the reason why these DJs are worth so much, compared to say one member of a five-person band, is because they take home all the earnings from low-overhead shows. All many of them need is a USB stick and some CDJs, the article suggests, though that’s incredibly reductive, especially considering the custom light shows an artist like Tiësto totes around. Their income also comes from playing concerts, product endorsements, merchandise sales and other entertainment-related revenue.

With interest in the genre on the rise, Forbes predicts paychecks for artists like the ones mentioned will likely increase, as millionaires looking to invest in something new take note. The article pinpoints Las Vegas mogul Steve Wynn as someone who is creating more work for EDM DJs, giving them Sin City residencies and putting money toward his own jointly owned imprint with dance label Ultra — though our dance blogger Philip Sherburne says the situation in Sin City is far more complex. Many DJs are starting to break through into more mainstream performance spaces, too, such as Coachella and Lollapalooza, where Kaskade and Avicii are performing this weekend. (Check out SPIN’s list of the 30 essential Lollapalooza shows this weekend, including Avicii.)

“Dance music is pretty close to where rock was 50 years ago,” Afrojack told Forbes anecdotally. “And rock has never died. So I’m sure the same [goes for] dance music.”