From the Californian veterans' forthcoming full-length, 'Researching the Blues,' out this week on Merge 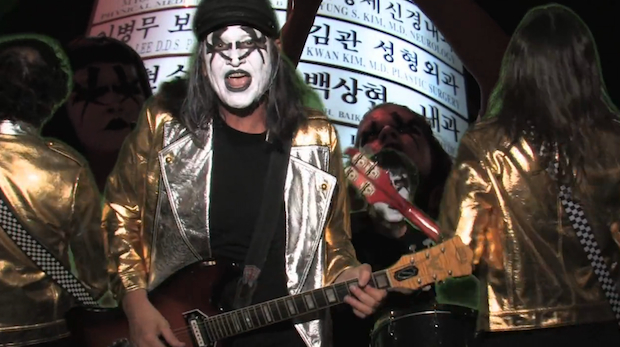 Tomorrow, Southern Californian punk and power-pop veterans Redd Kross will uncage Researching the Blues, their first full-length in 15 years and an album that boasts a rock’n’roll vision more “singular” than anything co-founder Steven McDonald says they’ve recorded to date. Below, check out the video for corkscrewing album highlight “Stay Away From Downtown,” directed by David Markey and Steven’s bandmate/brother Jeff, who employs the talents of his daughter Astrid for the K-Town-set drama playing out on the green screen behind them. “Astrid and her best friend LuLu White [artist and daughter of Wayne White] are our Greek chorus,” Jeff explains. “The whole look of the video is supposed to be a ‘Cheap Fantasy’: Beat Club meets old-time kids show Hobo Kelly; just a fun rock’n’roll trip.”