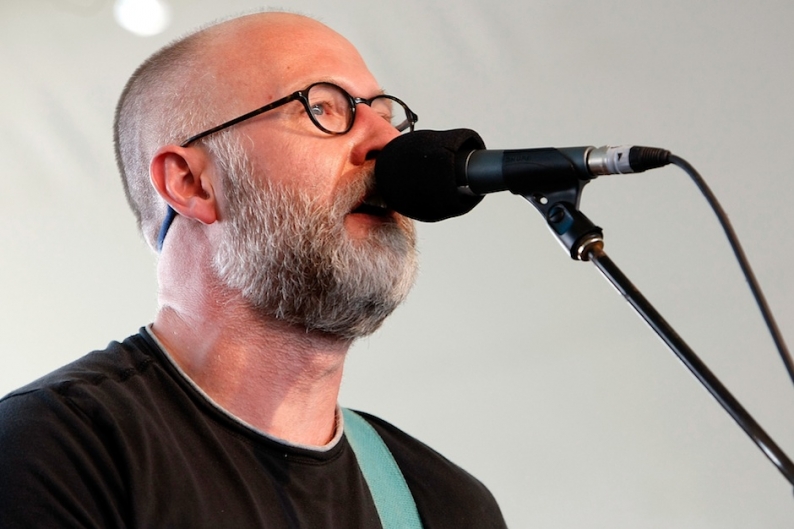 When Bob Mould played new solo song “The Descent” earlier this year in San Francisco, after performing his old band Sugar’s Copper Blue album in full for the first time, SPIN contributor Barry Walters described it as “a quintessentially Mould-ian speedy and tortured love ballad.” As the Daily Swarm points out, Mould has now posted the studio version of the song, from upcoming album Silver Age (due out on September 4 via Merge), and that description only rings more true — but it’s a “love ballad” about music as much as any single person. Featuring Superchunk/Mountain Goats drummer Jon Wurster and bassist Jason Narducy of Verbow — a.k.a. the non-Britt Daniel members of new Narducy project Spl:t S:ngle — the song comes across as an inspired power-pop ode to, well, power-pop. Over chugging uptempo backing with the replay-demanding catchiness of Sugar and the take-no-prisoners ferocity of Hüsker Dü, Mould acknowledges, “I didn’t wanna play the song / That gave people so much hope … God I hope it’s not too late.” It’s not. It never is.