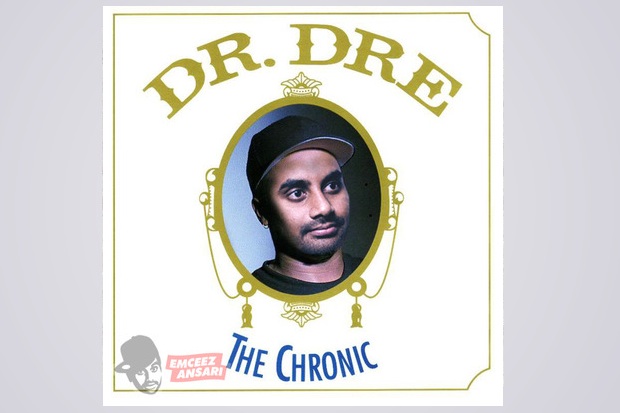 Tumblr has been responsible for a ton of strange, interesting music-related pages, like the dude who cleverly erases dead musicians out of album covers and that one with an encyclopedic collection of rock tees, but perhaps this is the weirdest one yet: Emceez Ansari, a Tumblr dedicated entirely to Photoshopping comedian Aziz Ansari’s wide-eyed and mouth-agape face on iconic hip-hop album covers.

It’s no secret that Aziz is a hip-hop fan — check out his bits about meeting Kanye West and 50 Cent — but this is one hilarious step too far. The comedian himself has absolutely nothing to do with the Tumblr; it’s just the passion project of one overzealous and extremely talented Aziz fan. We’re not sure he or she is taking requests, but we’d love to see Ansari’s face substituted over the white masks on the Enter the Wu-Tang cover.

And just because Emceez Ansari planted Aziz in the Double Up cover, here’s Ansari’s routine about that time he went to an R. Kelly concert: