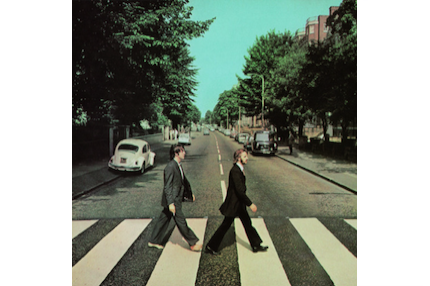 Looking for a little speculative morbidity to lead you into the weekend? Well have we got the thing for you! The Live! I See Dead People Tumblr features a bunch of classic album covers altered so that the deceased members of the bands are no longer pictured. The results are kind of intense. Without Marc Bolan, the cover of T. Rex’s Electric Warrior could be a downcast homage to the monolith from 2011: A Space Odyssey. Jeff Buckley’s Grace cover is now just a shot of a lonely microphone. AC/DC’s Highway to Hell — well, I gotta say that one looks pretty much the same without Bon Scott. But take a look at the rest. It’s an oddly moving collection of images. Below are a few more of my, uh, favorites(?):Double Fantasy, John Lennon and Yoko Ono

Return To the 36 Chambers: The Dirty Version, Ol’ Dirty Bastard