Lion-Style: 5 Things You Need to Know About Snoop’s Reggae Project 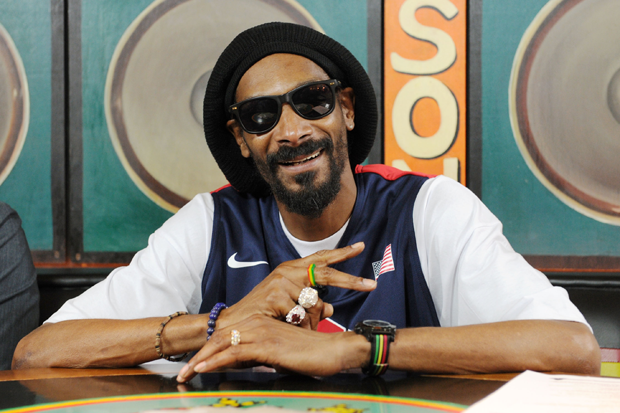 After heading to Jamaica (one of the shrinking list of countries where he’s still welcome) and getting well-acquainted with Jah, Snoop Dogg decided to stir things up. Beginning with his forthcoming reggae (yes, reggae) album — aptly titled Reincarnated, due later this year on Vice Records — Snoop will move up on the food chain and replace “Dogg” with “Lion” in his name. Joined by Diplo, who produced the lead single “La La La,” and donning a large, knitted Rasta beanie, a Kobe Bryant jersey, and a pair of ultra-dark sunglasses, the newly christened Snoop Lion discussed his new project on July 30 while feeling irie at Miss Lily’s Jamaican restaurant in Manhattan. Here are the five things you need to know about the change:

1. It Happened Because He Was Bored
After 20 years and 11 studio albums worth of hip-hop, Snoop is over rap. “It’s to a point,” he said, “where it’s like, when you win so many accolades for a certain thing that you’ve mastered, you want to try something that’s different. Rap is not a challenge to me. With no disrespect, don’t take it the wrong way, but they can’t fuck with me in rap.”

2. Everyone Can Ride the Snoop Lion to Zion
Snoop was determined to make his new music family friendly. “This reggae music is a music of love, happiness, and struggle,” he said. As such, it has the ability to open doors to “people all around the world that really love me but can’t really accept the music that I make.” Indeed, of the album’s tracks, “No Guns Allowed,” seems closest to Snoop’s heart. “I have always wanted to make a song that could really stand for something,” he said. “I could never make a song called ‘No Guns Allowed’ because I was supposed to be a gangsta.”

3. This Is Not as Big a Change as We Thought
At Miss Lily’s Snoop claimed his music has always been closely tied to reggae. (So was his October 2011 mixtape, dubstep mixtape Throw Up Your Dubs a harbinger?) Even more than that, Snoop dropped some interesting info, noting that, “I have always said I was Bob Marley reincarnated.” Looney as that may sound, the sentiment seemed genuine. “I feel I have always been a Rastafari,” said Snoop. “I just didn’t have my third eye open, but it’s wide open right now.”

4. Reincarnation Will Happen in Three Parts
First there is the album itself, complete with good vibes and the requisite accents on the up-beats. There’s also a forthcoming feature length documentary, also titled Reincarnated, filmed which captures Snoop’s spiritual transformation in Jamaica and contrasts the change with his gangster youth days. (The film is set to premiere at the Toronto International Film Festival in September.) Lastly, there will also be a photo book full of candid shots taken of Snoop and his crew while in Jamaica. Some of the photos were hanging on the walls of Miss Lily’s. More than some of them featured big blunts. Nice to see that some things never change.

5. Snoop Is Juicing
In good conscious, Snoop couldn’t ignore the struggles of the people of Jamaica. “I saw a lot of poverty, I saw a lot of poor people, and I saw a lot of people not eating,” he said of his visit to the country. “I didn’t want to just come out there, steal their music, steal their culture, and run back to America and get rich off of it.” So instead, he co-founded a charitable group called Mine Gardens that is tasked with developing self-sustainable gardens in Jamaican towns to provide I-tal fruit juices to junior high school students. Hey, one love, right?