Hear Ava Luna’s Luxurious ‘Water Duct,’ See How It Was Made 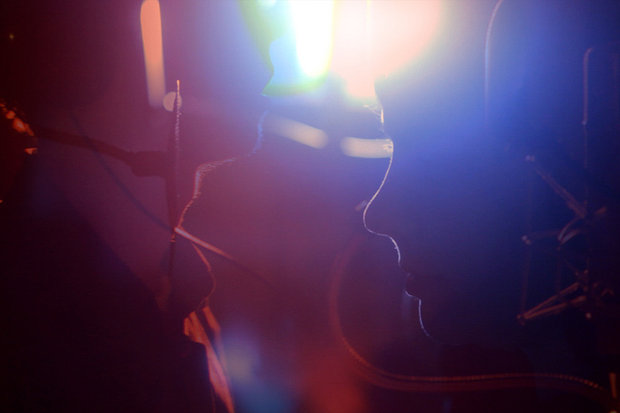 SPIN really dug Brooklyn sextet Ava Luna’s full-length February debut, Ice Level. Its crisp, R&B-inflected soul-punk manages to groove perfectly and excite intellectually, not only because the songs are so beautifully layered, but also, as singer/guitarist/keyboardist Carlos Hernandez puts it, because “the rules are simple… unless we can play it live… no overdubs, basically.”

It’s no surprise then that the band’s first post-Ice offering, “Water Duct,” is a product of opposites, too, even though it’s the first time the band has laid down a track without exhaustive rehearsals. Recorded in May for Philadelphia-based non-profit Weathervane Music’s Shaking Through series, which challenges “rising star” artists to record a song on-camera in two days, it’s a luxurious yet minimal number that occasionally descends into chaos. In other words, it captures what we’ve always loved about Ava Luna.