Dave Grohl: Without the Beatles, ‘I Would Not Be a Musician’ 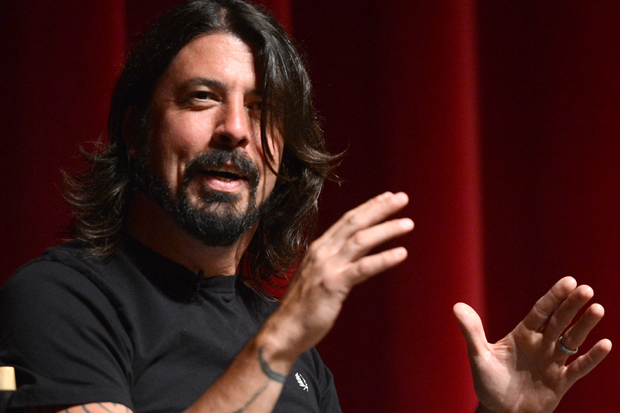 There was once a time when the Beatles were staunchly anti-iTunes, but today the Fab Four’s umpteenth compilation Tomorrow Never Knows arrives as an exclusive release on Apple’s digital music service. Not a huge deal, except this LP comes with a digital liner note from analog champion Dave Grohl explaining his personal connection to the band.

“If it weren’t for the Beatles, I would not be a musician,” Grohl writes. “It’s as simple as that. From a very young age I became fascinated with their songs, and over the years have drowned myself in the depth of their catalogue…From one generation to the next, The Beatles will remain the most important rock band of all time.”

The rest of his note (which can be read in full at Rolling Stone) is devoted to explaining how his 6-year-old daughter Violet recently discovered the Beatles. Like many kids, she’s a fan of “Yellow Submarine,” but her deep interest in the track is making her rocker dad ecstatic. “She wanted to know their names, which instruments they played, who sang what song, etc etc etc….it made me so incredibly happy (and proud!).”

The new 14-song set includes “Back in the USSR,” “Helter Skelter,” “Paperback Writer,” “Savoy Truffle,” and more tracks you likely already own. It’ll also include “Hey Bulldog,” which, as Grohl notes, is “what most people would call a ‘deep cut.’ ” “When Lennon sings, ‘If you’re lonely you can talk to me!’ it soothes your heart, like you’ve finally found something to believe in,” he writes. “It’s so raw and real. It is 100% timeless Rock and Roll…”