Wavves Celebrate Birthday at SPIN Bash, Spill on Next LP

Live from New York, the cover boy with the most cake 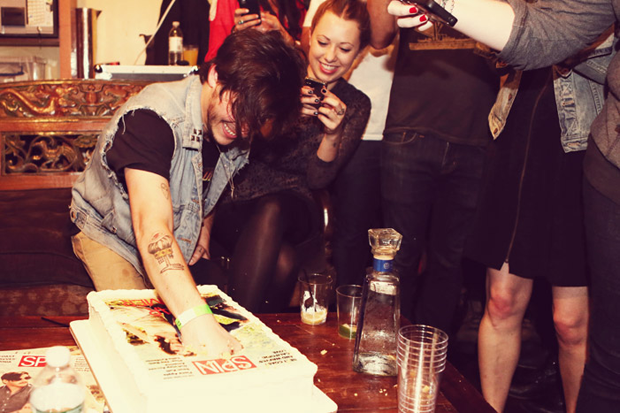 It may have been a day late, but Wavves’ Nathan Williams celebrated his 26th birthday in New York on Wednesday night with a short performance at a SPIN and 1800 Tequila party. The short but frisky set, which opened with the title track from 2009’s King of the Beach, didn’t feature any of the songs that are slated to be included on Wavves’ soon-to-be-released fourth full-length album, but it did feature a snippet of Sublime’s “Santeria” and a burn through Sonic Youth’s “100%.” And for dessert, a birthday cake presented backstage topped with a replica of the new issue of SPIN starring Williams and Best Coast’s Bethany Cosentino lasted about 30 seconds before it was artfully, if predictably, mangled.

Contributing editor Phoebe Reilly heard three tentatively titled songs from the as-yet-untitled new album, produced by John Hill (Yoko Ono, Santigold, Rihanna), when she visited Wavves in the studio in Los Angeles last month: “‘Dog’ is an intricate slow jam, with cellos, sleigh bells, and a guitar line reminiscent of Nirvana; ‘Sail to the Sun’ builds on the sophistication of 2011’s Life Sux EP, and has the reckless energy of a post-party drive; ‘Lunge Forward is as radio-friendly as Green Day. Gone is the punk posturing of King of the Beach — Williams sounds like he’s legitimately having fun now, not just talking about it.

Although he’ll likely continue doing both. This morning, Williams tweeted about heading to the airport with cake all over his shoes. We can take care of the cleaning bill on those. 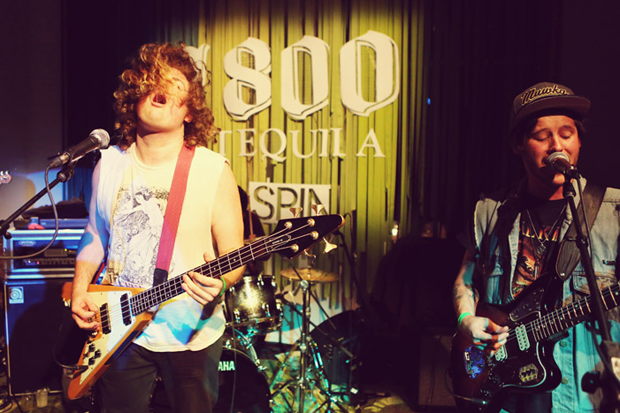 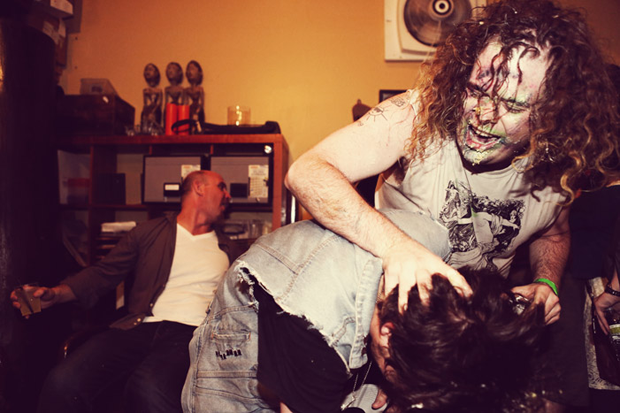 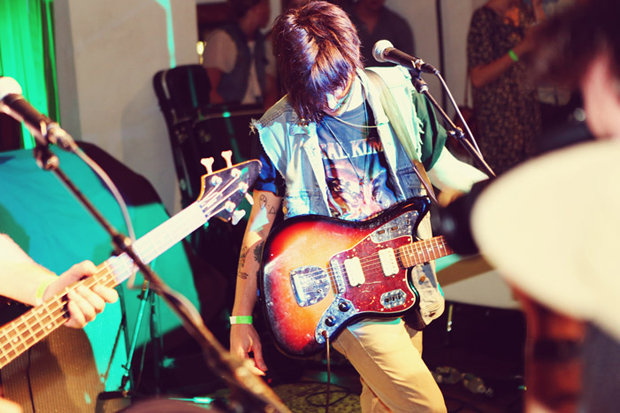