In the wake of Odd Future’s success — which the decidedly anti-commercial skate-prick collective built entirely via Tumblr, YouTube, and message boards — we all vowed to never again miss out on recognizing rap’s next young pseudo-subversive. So, with the help of some antsy, “firsties”-like accolades (LA Weekly: “Odd Future’s Cosmic Cousin: Meet Spaceghostpurrp”), a couple of predictable co-signs (Three 6 Mafia’s Juicy J, A$AP Rocky), and two pretty okay mixtapes (last year’s NASA: The Mixtape and BLVCKLVND RVDIX 66.6), the profile of 21-year-old Miami producer/rapper Spaceghostpurrp, the very definition of an underground artist with limited appeal, inexplicably rose.

And so, despite recording a song called “Fuck Taylor Gang” (or, “FVCK TVLXR GVNG”), Spaceghostpurrp produced “T.A.P.” off a recent mixtape from Taylor Gang boss Wiz Khalifa. He also appeared on Juicy J’s Blue Dream & Lean, along with Speakz, best known as the dude who co-wrote Kreayshawn’s “Gucci Gucci.” Digital EP God of Black (or GXX XX BXXXK EP Vol. 1) was sponsored by mixtape hub and major label training ground DatPiff. Then, in March, Purrp signed to 4AD, home of retrolicious indie raconteur Ariel Pink and LULZ-THA-’90s navigator Grimes; this big, ugly tangle of scene-crossing and networking now culminates with the release of Spaceghostpurrp’s debut album, Mysterious Phonk: The Chronicles of Spaceghostpurrp, a collection of new songs and — in a move that does the avant producer’s strange style no favors — new versions of fan-favorite mixtape tracks.

On last year’s mixtapes, Purrp’s ’90s rap-rarity pastiche heavily emphasized Memphis’ proto-crunk — back when Three 6 Mafia were Triple Six Mafia — and also flirted with ominous diversions into DJ Screw’s syrup-sick soundscapes and the murkiest moments from golden-era New York hip-hop (the cassette hiss bliss of Nas demo “Deja Vu,” the PCP paranoia of early Wu Tang). His only adjustment to those core influences was the decision to eschew mixing entirely, drenching the beats in digital hiss and random audio clips (Godzilla screeches, grunts, moans from Mortal Kombat), constructing a messy collage of out-of-control low-end, synths on their last legs, and trapped-in-a-dungeon echo, like Lee “Scratch” Perry if his drug of choice were lean. Here was the chillwave aesthetic applied to Internet rap. Purrp and A$AP Rocky, who also coasts on good taste and nostalgia, even declared their style-stacking aesthetic “trillwave.” We’re through the looking glass, people. 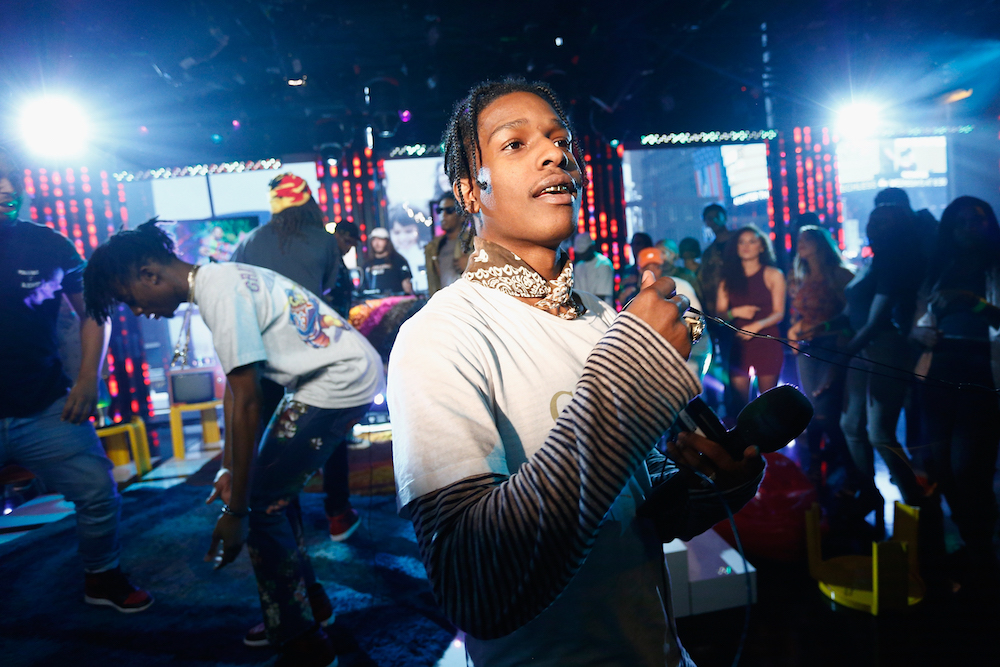 Stripped of those cheap but effective lo-fi tricks, Mysterious Phonk is meandering and moronic. “No Evidence” claps and snaps for seven minutes, with Spaceghostpurrp chanting “Throw it out the window, no evidence.” When that song thankfully ends, “Paranoid” unfortunately fades in, wherein Purrp mumbles, “Never trust a ho / You can’t trust a bitch.” The simplicity of these hooks isn’t the problem, and dumbass sentiments certainly don’t automatically derail rap music (as all Purrp’s influences have proven), but these Dirty South dirges are beyond tedious.

Other songs are a little too weirdly inspired to fail, though. The Italian-zombie-flick-soundtrack rumble of “Get Yah Head Bust” and the melting air-raid sirens of “Grind on Me” are still invigorating, even with their relatively refined remastering — though the earlier mixtape versions are still better. “Elevate” finds Purrp perking up and actually rapping, even if the lyrics, all delivered as though he’s imparting great wisdom, remain undercooked: “My sequel is something similar to an eagle / Flyer than most, in the sky, Evel Knievel.”

Way back in 2009 — when chillwave was, like, a thing — the sub-subgenre’s detractors often asked, “Would these songs work without all the vintage synth buzz and watery reverb?” All that hypnagogic hiss was so central to the style that pondering its absence seemed beside the point. But the “trillwave” of Mysterious Phonk is even more derivative: Purrp’s pileup of head-fucking horror-movie noise is all that separates his work from devolving into a full-on nostalgia trip. As an eccentric on the Internet, retrofitting old Triple Six Mafia and DJ Spanish Fly tracks for the YouTube rabbit-hole generation, the guy was moderately interesting. As someone with a spruced-up album on an actual label, he’s a joke.