Hearing ‘Call Me Maybe’ For the First Time: A Live Blog

Perhaps the last person on the planet to listen to Carly Rae Jepsen's hit describes his emotional roller coaster. 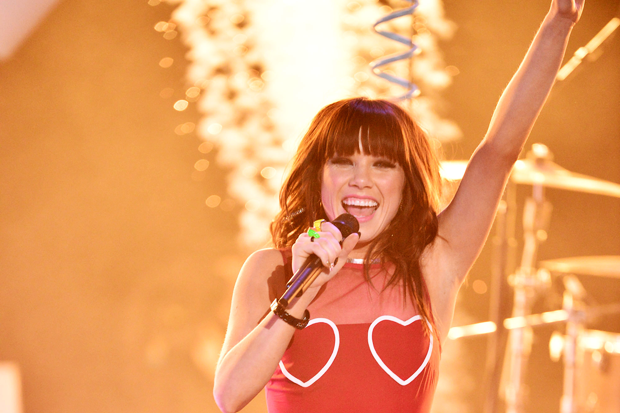 According to YouTube, Carly Rae Jepsen’s “Call Me Maybe” video has over 121 million views. None of them are mine. For whatever reason — maybe it’s because I can’t get the FM pop station frequencies in my apartment, or because I don’t watch Glee, or because I just turned 30 — I have not heard what many label as the song of summer 2012. At first, I wore my unintentional avoidance of this song like a badge of honor; it felt like I had dropped off society’s grid by not hearing this Justin Bieber protégé’s smash single. It was almost like not having an opinion of Lana Del Ray. But after hearing what I think was a snippet of the track’s chorus during the Heat/Thunder game last night, my curiosity overtook me and I finally decided to give “Call Me Maybe” a listen, more than nine months after the single debuted. Here we go:

0:00 – Initial thought: Man, these Canadians spell their names weird. Took me long enough to learn the “I” goes before “E” in “Bieber,” now I need to train myself that it’s Jepsen, not Jepson. and Rae, not Ray.

0:32 – One verse in and I can confirm I’ve never heard this song. I thought one time I maybe heard “Call Me Maybe” while shopping for undershirts at the Gap, but that was just Demi Lovato. I would’ve remembered lyrics like “I threw a wish in a well, don’t ask me I’ll never tell” and “Pennies and dimes for a kiss.” Less than impressed a half-minute in, though. This song better have a monster chorus, because not much about the opening verse suggests that this is a pop masterpiece. This video also seems to be feeding off the whole 50 Shades of Gray zeitgeist, as Jepsen has a table full of supermarket romance novels as she lusts over the dude mowing the lawn.

1:00 – [In a “Jules from Pulp Fiction” voice] “Damn, that is one catchy chorus.” To be honest, before hearing this, I thought “Call Me Maybe” was a song about a girl who was asked out with one of those “Do You Like Me? Check Yes or No” notes in class and she was non-decisive about giving an answer. Instead, it’s actually about her passive-aggressive pursuit of a guy. Fascinating.

This chorus really does sound like above-average Radio Disney. However, it’s a lot better when you close your eyes and just listen to, because watching the video, you get frustrated that this is what a “garage band” sounds like in 2012. Worst garage band since the one in the “Siri, call me ‘Rock God'” commercial.

1:17 – Of course the love interest in this music video owns an old Camaro. Or maybe it’s a Thunderbird. I’m not going pretend like I know anything about cars.

1:28 – Okay, the verses, especially that pre-chorus melody, is starting to dig its unshakable talons into my brain.

1:44 – Everything written — and by written, I mean tweeted — about Jepsen makes it seem like she was some random Canadian teenager that Bieber discovered in the Yukon territory, but according to Wikipedia, she’s already 26. That’s one year younger than fellow Canuck Avril Lavigne. Apparently she was on Canadian Idol and has been releasing music since 2008. Maybe there’s a Lizzy Grant-esque backstory there somewhere.

1:58 – With no knowledge about the genesis of this song, I’m wondering if Selena Gomez is pissed off that the Bieber Factory handed “Call Me Maybe” to Jepsen instead of Justin’s girlfriend. Are Bieb and Gomez still an item? If not, was “Call Me Maybe” the breaking point of their relationship? Also, I’m really excited to see Spring Breakers.

2:15 – A tweet by SPIN’s own Christopher Weingarten finally makes sense to me: “Literally not one person younger than Carly Rae Jepsen has ever used a phone to make a phone call.” Should’ve been “Skype Me Maybe,” maybe.

2:20 – You know what this track needs? An André 3000 guest verse. Then it would be in the pantheon of greatness.

2:30 – I wish The Atlantic or some other brainy periodical would do a scientific study about how many girls have asked out guys in the past six months by quoting the lyrics to this song. Gotta be over 2.5 million, right?

2:43 – Whoever wrote that the perfect pop song is two minutes and 42 seconds long has obviously never heard “Call Me Maybe.”

3:12 – Whoa, no one told me this video has a Keyser Sose twist ending. Glad this wasn’t ruined for me like Lane Pryce’s suicide on Mad Men was. (Spoiler?)

3:14 – And fade to black. Final thoughts: Probably worth the hype and the endless “Call Me Maybe”-inspired Facebook updates and parody videos I’ve had to endure these past six months. I still can’t tell if the song is genuinely amazing or simply amazing because The Powers that Bieber tell me it’s amazing. It does, however, fill that void in my life that’s been empty since I tired of “Teenage Dream” about five months ago. Now, who’s this Kitty Pryde everyone is talking about?