Doomtree Reveal How They Levitated in ‘Beacon’ Video

Hip-hop crew demonstrate how they made their latest clip 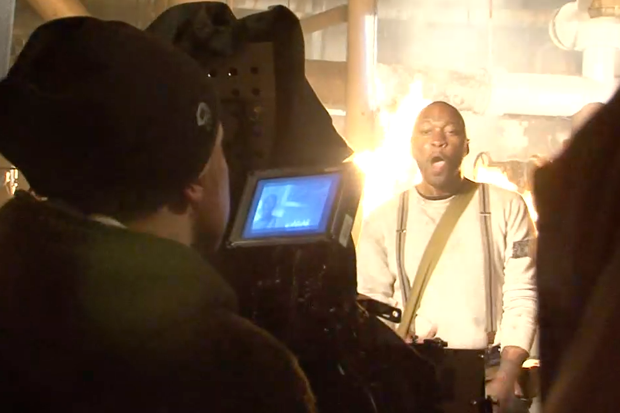 Underground hip-hop crew Doomtree debuted their black-and-white noir video for “Beacon,” a song off last year’s No Kings LP, last week on MTVU. In the clip, MCs Dessa, P.O.S., Cecil Otter, and Sims rap in ’20sish garb in foggy, candlelit rooms and dingy industrial factories, following tubes and pipes down dark hallways in a way that recalls the disorienting industrial landscape of the Terry Gilliam flick Brazil. Dessa levitates off a bed, having a nightmare, and it comes to a head, literally, when she finds herself in an electric chair and death becomes some of the group members.

Now the group is premiering a making-of video, which you can watch below, featuring much of the video’s imagery in color. In it, director Bo Hakala talks about his inspirations of making a period piece, mixed with steampunk imagery, as well as the shooting location, Saint Paul, Minnesota’s Schmidt Brewing Company factory. “This is definitely a high-concept video,” P.O.S. says, “and that’s not something we usually get into. It’s cool to try [new things] as much as we can.” These high-concept designs are spotlighted below, as the crew shows how it rigged some of the lighting effects, for the time-machine look, and how it made Dessa levitate.