From lapsed '90s metalheads to the glossiest Girls of today's Generation, the best of the sublimely shiny sound that's sweeping the world 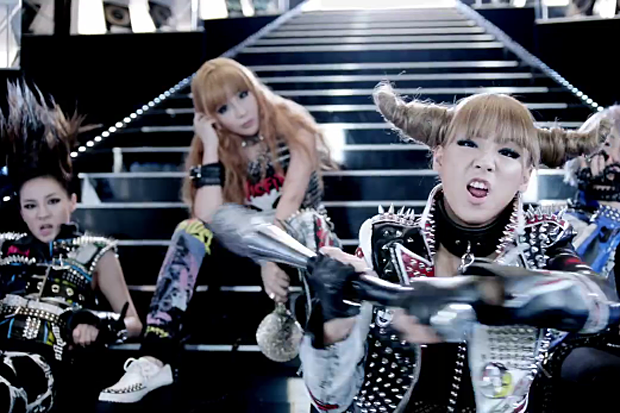 Twenty years after its birth, Korean pop music has made its way from Seoul to Singapore to San Antonio to São Paulo and back again, “outbubbling” — as SPIN’s Chuck Eddy phrased it last year — its Western counterpart by tweaking and perfecting the formula on which both have long been based. It’s music that demands to be mainlined (hooks come sharper, choruses larger, visuals brighter), its gloss equaled only by the aggressiveness with which it’s been delivered to the international marketplace in recent years. By now, K-pop’s catalog of classics is deep enough to warrant a best-of list of its own, one we’ve assembled with our ears pointed to both past and present: The 21 Greatest K-Pop Songs of All Time, a singles wrecking crew whose final, odd-numbered tally is a loving tribute to one of the current moment’s most beloved girl groups, 2NE1. DAVID BEVAN

21. SoolJ feat. Suh Ga Young – “Waiting 4 U” (2011)
SoolJ is an underground rapper carrying on a Korean tradition that dates back at least to the Wu Tangish turn-of-the-millennium group Drunken Tiger. His freestyle battles with the even more verbally dexterous Huckleberry P are easily located on YouTube, but he’s also made more commercial singles that angle toward metal-rap (“Vision”), emo-rap (“Men Also Cry”), and quiet-storm rap (“Love in the Rain”). His 2011 mini-album Electro SoolJ was, as its name suggests, a turntable-scratched electro-funk (via hip-house, big beat, maybe Latin freestyle) move, and three of its seven tracks were mixes of this nervously lovely, inexorably propulsive, female-vocal-assisted, virtual-reality-video-themed single. CHUCK EDDY

20. Shinee – “Lucifer” (2010)
A total romp. The top boy band from leading talent agency SM threw down a hammer in “Lucifer,” the lead single from their album of the same name and a quick-cutting Europop hybrid that breaks down late ‘N Sync single “Pop,” juices it, and builds it back up again. Bigger, stronger, faster. D.B.

19. TVXQ – “Doshite Kimi o Suki ni Natte Shimattandaro” (2008)
The cheese levels here are high, but that harp melody is quiet fire. “Doshite” featured prominently on the mighty TVXQ’s (Tohoshinki in Japan) fourth Japanese album, The Secret Code. It’s a study in slow jammage whose rough English translation (according to Wikipedia) is “Why Did I Have to Completely Fall In Love With You?” lest you question the ache in their gilded voices. D.B.

18. Wonder Girls – “Be My Baby” (2011)
Persistent energy has been expended in attempting to break these ladies Stateside: In 2009, they toured with the Jonas Brothers; this year, they filmed a TV flick for TeenNick. Given that they’re far from Korea’s most exciting group, it’s hard not to wonder whether the industry considers their blankness an obligatory trait for Western tween-crossover appeal. Regardless, this vaguely retro-diddy-bopping ditty doesn’t embarrass itself even despite its title’s blasphemous Ronettes swipe. Hints of modern-day R&B melisma, rappish breakdown, no Spector-melody menace — but as long as it doesn’t portend K-pop being Americanized out of existence, you can live with all that. C.E.

17. IU – “Boo” (2009)
During a taping of popular music programInkigayo that we attended in Seoul last December, my interpreter leaned in to alert me that the pop chart show’s host, IU, was the “hottest idol” in all of Korea at the time, clearly outshining many of the artists she featured. Though she’s come to specialize in syrupy ballads, “Boo,” an early single from 2009, stands out because it aims for subtlety. Just some fits of clean guitar, a minimal but uptempo beat, and a vocal performance that’s playful throughout. D.B.

David Bevan and Chuck Eddy
Next
Tags: The Lists