From teenage symphonies to God to druggy rock'n'roll salvation 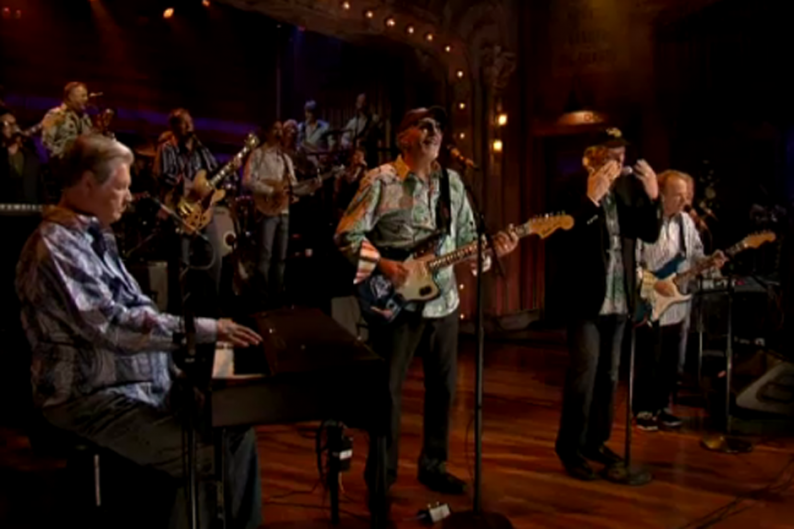 For all the behind-the-scenes tragedies and travesties since the Beach Boys’ ’60s heyday, the group’s sweetly sung Fallon renditions of classic oldies “In My Room” and “Wouldn’t It Be Nice” still produced shivers, at once sounding almost identical to their sublime originals and yet edged with the inevitable roughness of age. “That’s Why God Made the Radio,” well, our opinion differs from that of SPIN editor Christopher R. Weingarten here. Have you guys actually listened to the Explorers Club? They’re Beach Boys-channeling pros! Whereas even Hallmark couldn’t have commissioned a Beach Boys song that’s more “Beach Boys” in theory and yet so bereft of the essence that made the Beach Boys worth caring about in the first place than this one. (Your individual SPIN contributor humbly suggests seeking out other Beach Boys-like music instead — hey, how about Zumpano?)

While the Beach Boys famously specialize in teenage symphonies to God, Jason Pierce’s Spiritualized approaches the ineffable through drugs and skuzzy, post-Velvets rock’n’roll. On Letterman last night, joined by white-clad backing singers, Pierce and his band pummeled through “Sweet Jane”-referencing Sweet Heart Sweet Light single “Hey Jane.” It was a performance in its own way no less nostalgic than the Beach Boys’, but it achieved its own sort of hypnotic rapture. And thankfully, Letterman was there to clarify that the “Huh?” seen on the cover art isn’t actually the name of the album (via the Audio Perv).