King Tuff, Thomas’ second album under that name, easily could have come from either place. On one hand, it’s catchy, upbeat, and superficial. On the other, it sounds like the product of a guy who has spent a lot of his free time lying around listening to catchy, upbeat, superficial records made 40 years ago by other people. “Get it on, bang a gong,” T-Rex urged; Thomas, by comparison, suggests you get high and “stare at all the shit in your bedroom.” Given the choice between going out and making the scene or staying home and writing a song about making the scene, you can guess which he’d prefer.

What sets Thomas apart from artists like San Francisco’s Ty Segall or Mikal Cronin — two other rockers currently rehashing the ’60s and ’70s for 21st-century underground consumption — is that Thomas seems like a wimp. Yes, he knows how to play snotty, insistent songs. Yes, his voice is high and needling, and when he wants it to be, very forceful. Force, though, is a secondary concern. He’d rather be, like, carving your initials into a tree or getting a burger. King Tuff‘s best song is called “Unusual World,” and a line from it goes like this: “You always want to erase the imperfect in your beautiful place / And you think about the time you waste, in this impossible place.” The curse of adolescence is having big, romantic dreams while trapped in a pimply little body. The challenge of becoming an adult is reconciling those two things. “The place you gotta go to change is deeper into the strange,” Thomas sings. Between songs that play like the musical equivalent of someone popping a pink gum bubble in your face, his tenderness and hindsight is a disarming thing.

The tension of “Unusual World” — basically, the tension between being an introvert and acknowledging that the prizes go to extroverts — isn’t a new thing in rock music. In the early 1970s, Big Star turned the three-minute rock song into something elusive and underground; in the late-’70s/early-’80s, it fell on bands like Shoes and the dB’s; in the ’90s, we got Weezer, a band whose fame can be attributed largely to the realization that there are people alive in the world who appreciate the music of Kiss and the activity of playing Dungeons & Dragons in roughly equal measure. These are bands that treated rock as a concept and the process of recording it as a kind of scientific exercise. Weezer boss Rivers Cuomo went so far as to basically develop algorithms for what he thought perfect pop music should sound like, an approach that ignores that the “pop” in “pop music” comes from “popular,” and “popular” comes from the Latin word meaning “belonging to the people” and not “belonging to the algorithm.” 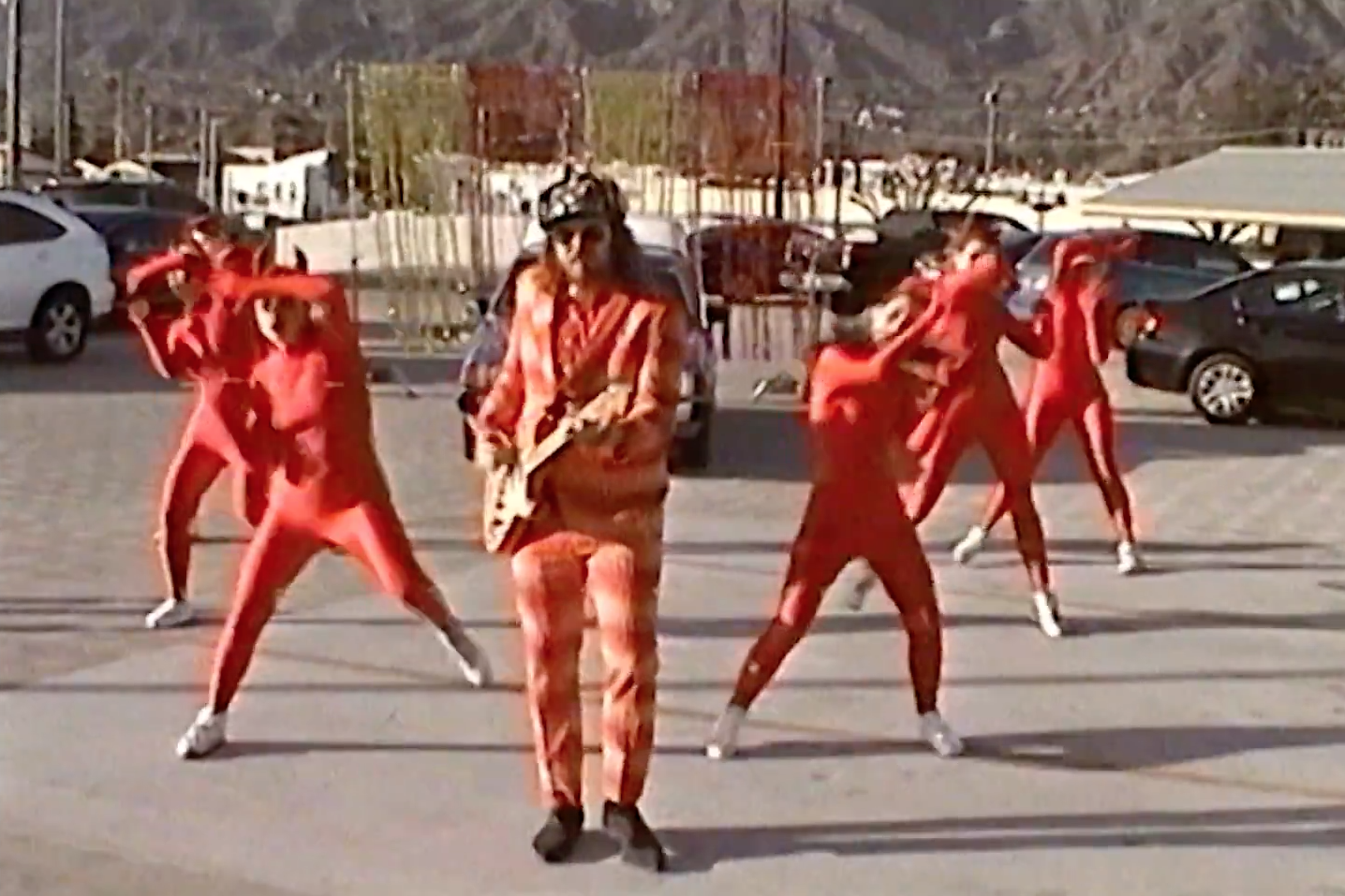 Not that King Tuff sounds like Weezer or Big Star, really. Thomas’ reference points seem both glitzier and less complicated. Sometimes he’s Bob Dylan; sometimes he’s Alice Cooper. The best contemporary comparison is probably a band like Girls, but Thomas isn’t a bipolar exhibitionist — just a gentle, goofy dude armed with the wisdom that every moment spent having a good time is a moment spent avoiding a bad one. So permit him his handclaps, permit him his furiously shaken tambourines, permit him his falsetto whining, and his dopey little guitar solos. Permit him these things, as he asks only for a stack of brain-dead rock records, a pinch of damp weed, and maybe a comic book or two in return — just another Friday night in Brattleboro.