Why Lana Del Rey, Cults, and More Indie Heartachers Lurk in the Shadows of ‘Twin Peaks’

“Fountain in Rewind,” by Portland dream-pop softies Blouse (from their self-titled late-2011 debut) falls lipstick-first into “Falling,” thanks to its dewy synth textures and all-too-familiar two-note pulse. They originally built the track “almost too grandiose,” according to bassist Patrick Adams, landing on its unsettling, Lynchian minimalism by deliberately pulling sounds out of the mix. Neither Adams nor singer Charlie Hilton had heard Julee Cruise’s music until friends pointed out the similarities (they were fueled by Nico, Suicide, and Galaxie 500, instead); but the way Hilton describes her own lyrics, it’s impossible not to see Lynch’s soft-hued surrealism. “I think we’ve heard from some people that the record makes them feel a little uncomfortable at times, and that is something we were going for,” she says. “The messages are sometimes inscrutable, but ultimately have a feeling of peace and wonder.”

Similarly, 23-year-old Maria Minerva is an Estonia-bred, Portugal-based deconstructionist who claims to search for the “hidden or nonexistent” in ’90s new-jack swing and boy-band pop; her smeary, detached dance music haunts the Color Me Badd era the same way Lynch’s Roy Orbison–laced soundtracks shattered the ’50s dream. Her records are coated in Cruise reverb, but not because she was a huge Peaks fan (she was actually scared to watch it as a kid). “I was really shy in the beginning,” she says, “I would tell my boyfriend, ‘Go to the kitchen, I’m going to sing now.’ I would sing super quietly because I was embarrassed. I’d turn it up and then I’d put the reverb on, because without it, I sounded shit.” The flickering lo-fi dusk-disco of her EP Sacred & Profane Love keeps the reverb pouring in an abundant waterfall, and for reasons that would make Lynch proud: “I’m always looking for something — or someone — that ends up being unreachable,” she says. “And I think that’s maybe the reason for the reverb. It’s distance between you and the object of your desire.” 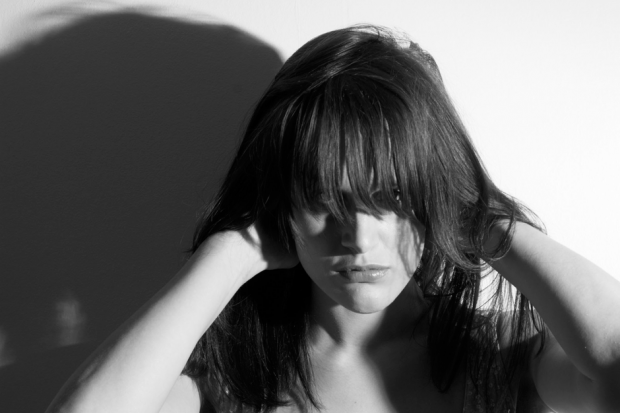 The way Minerva mutates the Total Request Live of her youth is exactly how Lynch’s films, like 1986’s Blue Velvet, scrape the uneasy, smoke-obscured dark side of his upbringing on Elvis, the Everly Brothers, and the Platters. Blue Velvet signaled the birth of the Lynchian sound. Licensing restrictions thwarted use of 4AD-signed This Mortal Coil’s especially overcast cover of Tim Buckley’s “Song to the Siren,” so the director teamed his lyrical scraps with Badalamenti’s synth valentines and Cruise’s zombie Shirelles vocals for “Mysteries of Love,” a reevaluation of ’50s optimism. Says Lynch, in his inimitable way that lets you fill in the blanks: “You know, ’50s music held a happiness, for sure, but Elvis also sings ‘Heartbreak Hotel.’ There’s a sweet sadness, and that dream thing that could go either way. It depends on what’s inside the person listening.” 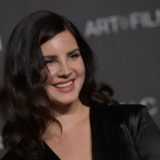 And here’s Sleigh Bells front­dervish Alexis Krauss on page 54 of this issue, explaining the blood-spattered Keds on the cover of her band’s Reign of Terror: “It’s a David Lynch, Blue Velvet thing. He’s really big on showing how even the most wholesome images can be fearsome.…The ’80s represent a kind of safe, innocent childhood time. But things that you think are safe can turn scary on a dime.”

Clearly, it’s this Lynchian aesthetic that’s driving current leader-of-the-pack Lana Del Rey. Her entire image fastens the secretly sinister Old Holly­wood imagery of Lynch’s Mulholland Drive to the secretly sinister imagery of her own early ’90s electric youth (video games, cartoons, Tupac, skateboarding, David Lynch, paparazzi). “I like her songs,” Lynch says of Del Rey. “I like the way she sings them. She captures the mood, for sure. It’s not the same mood as Julee Cruise, but it might live in the same building.”

Del Rey says she’s never seen a David Lynch movie in its entirety, but critics certainly recognize the similar mood. Ann Powers, writing in Slate, compared Del Rey with Twin Peaks’ mystery girl Laura Palmer, the murdered homecoming queen who came “wrapped in plastic” in Peaks’ pilot episode. Mainly because she seems, well, dead, noting “the affectless tone” of Del Rey’s voice and the “airlessness of her undateable vintage sound.” But beyond that, our obsession with Del Rey eerily mirrors the Peaks-ian obsession with Laura Palmer. The most popular girl in school (in this case, the most forwarded meme in indie rock) endures accusations of dual identity (rich parents, plastic surgery, a pop-star past under another name), and is ultimately more engaging as a mystery than as a presence (being press-shy for so long didn’t exactly hurt her career).

But artists like Del Rey aren’t really evoking Lynch for his half-recalled nostalgia or purring Badalamenti menace; they just want Lynchian secrets. Think of how iamamiwhoami, the electro forest-skulker played by Swedish singer-songwriter Jonna Lee, strung us along with her series of anonymously posted YouTubes, each hiding a single letter — much like the “R” found under Palmer’s fingernail — so that curious gawkers could piece together the puzzle of her identity. And what of avowed Badalamenti worshippers Ghost, the wildly romantic, cult metal band who’ve retained their anonymity for two years without being unmasked? “That feeling of not knowing and not wanting to know is actually stronger,” says one of the band’s five “Nameless Ghouls.” “It’s like if you go to a magic show and sit in the back of the stage because you want to see how the trick is done. What’s the fun in that?” 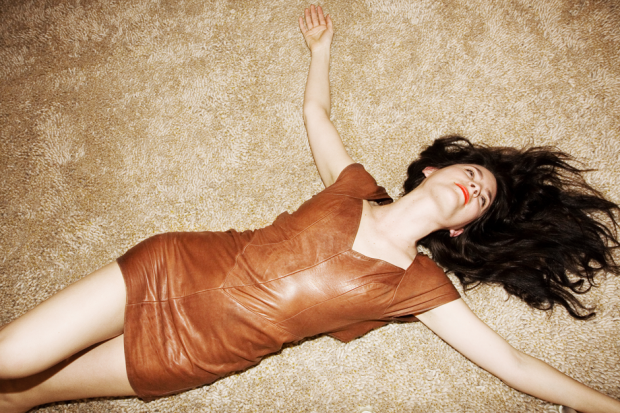 Twin Peaks was almost entirely about secrets. Mystery was the show’s draw, something perfectly strange combating the Perfect Strangers of the world, an enigma of languid pacing, impenetrable imagery, story lines that never resolved, impossible characters who seemed truer than real life, owls that were not what they seemed. It somehow reached 35 million people, and for today’s twenty- and thirtysomethings, channel-flipping from Carol & Company on Saturday nights to get a Peaks peek, Lynch provided their first glimpse of anything “avant-garde” until Nirvana released “Endless Nameless.” After the hype faded, dwindling ratings made the show’s fans feel like a secret society of their own, scarfing cherry pies and decoding scenes at viewing parties with their friends.

Compare this to how the metaphysical whodunit Lost played out over six excruciating seasons, every episode ending with a mad rush for traffic-baiting, narcissistic episode recaps. It was just one more aspect of a pop-culture world where even the most nominal bands have trivia-saturated Wikipedia entries; where every Blu-Ray has three director’s commentaries and liner notes by the key grip; where every website claws to be the first to have the Q&A with the owner of the keyboard-playing cat.

No wonder bands yearn to retreat into secrets and mystery, copping the mystique of a director who refuses to even do commentaries. A band like Cults was picked over, poked, prodded, slashed, backslashed, backlashed, and back-backlashed before they even had a record out. Can you blame them for wanting to play the Twin Peaks theme as the intro music for their live show? Today’s bands and listeners aren’t nostalgic for Lynch’s twisted subversion of nostalgia, but nostalgic for the mysteries it represented.