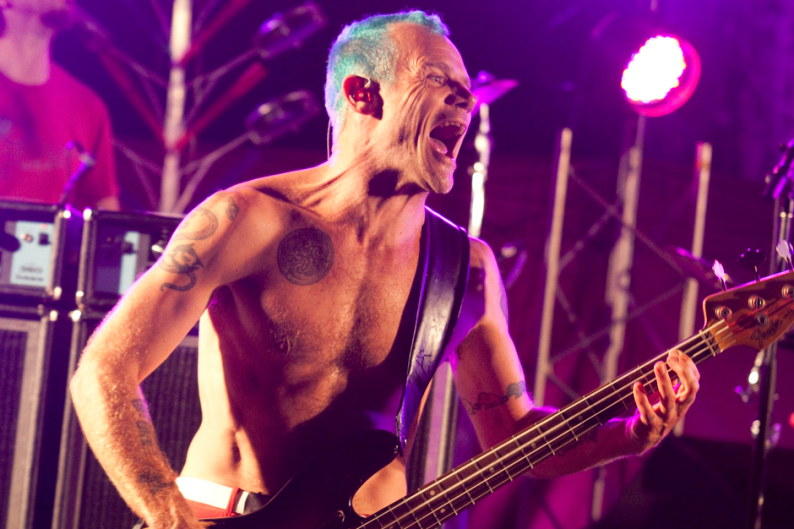 The Red Hot Chili Peppers are on the road and feeling generous — the band has dropped a free five-song live EP (via NME). The simply titled 2011 LIVE EP, which contains songs recorded on the band’s European dates in 2011, arrived as the band restarted their tour on March 29 — restarted because frontman Anthony Kiedis broke his foot and the band had to postpone its February and March dates. They’re back on the road now supporting their 2011 LP I’m With You, and will be touring the U.S. until just after their Bonnaroo appearance, when they’ll head to Europe. The band will celebrate their Rock and Roll Hall of Fame induction (sadly, sans Frusciante) in two weeks, on April 14.