The Gaslight Anthem Get Grungy in Nashville 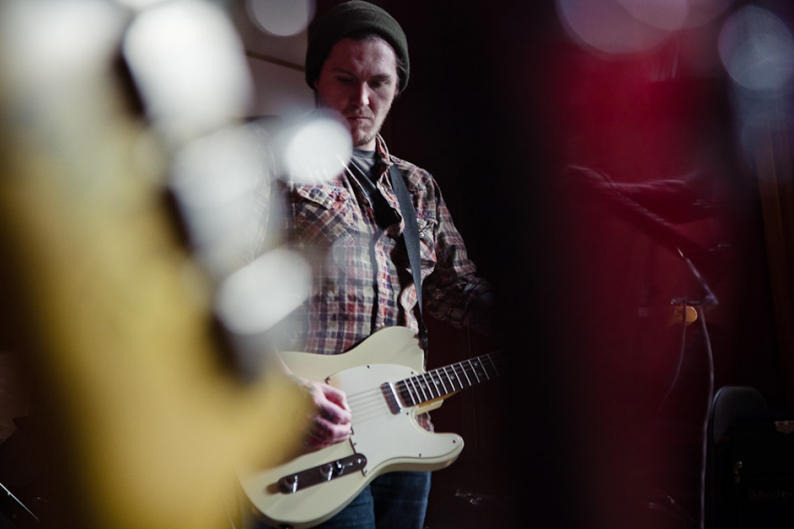 When Brian Fallon is trying to concentrate, he doesn’t want to see you. So when the frontman for New Jersey blue-collar punks Gaslight Anthem and his bandmates — guitarist Alex Rosamillia, bassist Alex Levin, and drummer Benny Horowitz — were set to record their fourth full-length album, Handwritten, due in June, they had to get out of the Garden State. As a result, they hightailed it to a city known for producing some pretty okay music.

“We were just kinda like, ‘Hey, anyone know anybody in Nashville?’ ” recounts Fallon. The answer was a resounding no. “It was literally that simple,” says the raspy-voiced singer. Well, not quite. Unbeknownst to Gaslight, their producer, Brendan O’Brien (Bruce Springsteen, Pearl Jam) happened to have his own studio in Music City. 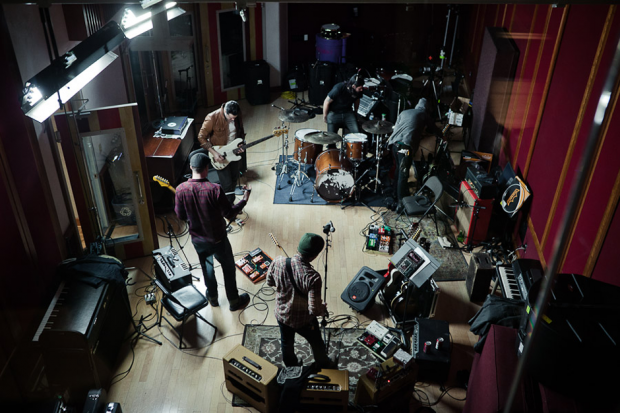 “That worked out convenient,” Fallon says with a chuckle. “We were kinda going to bring that up to him, like, ‘Hey Brendan, you know any good studios down here? He was just like, sure enough I do actually.’ “

O’Brien not only offered up his own digs, but was ruthlessly honest with the band when it came to what was working musically in the studio. “Nothing got by him and that’s the way we wanted it to be,” Fallon says. “We wanted someone who didn’t know us and could give us an open opinion and push us.”

Continues Fallon: “He would just straight up tell us that something wasn’t good, or just say that’s not a good song. Fortunately that didn’t happen too often.” O’Brien wasn’t inclined to send the band back to tinker or pander. He’d just hit delete and move on. “If it’s not good, he would throw it out,” explains Fallon. “So that leaves you with a certain sense of not getting married to anything until it’s actually on the record.” 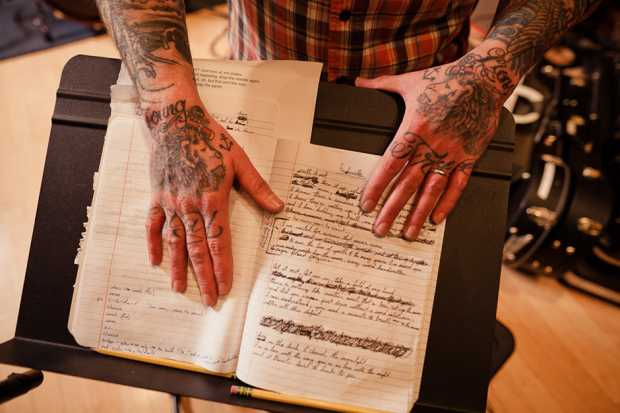 According to Fallon, the songs to which the band did get attached sound “huge.” “It’s really big, like Tom Petty songs played by Pearl Jam or the Foo Fighters,” he says proudly. A less sonically obvious Gaslight fave also influenced the upcoming music. After Fallon saw Soundgarden frontman Chris Cornell play a solo acoustic concert, he left gobsmacked. In a good way. “I was like, maybe this is going to be awful and it turned out to be mind blowing,” he says about going to see Cornell. “I left the show and ran home to write a song because it struck me how [Soundgarden] wrote about their dads or moms or lives.”

That subject-matter spur inspired Fallon to write more personal lyrics this time around, as opposed to the familiar Americana-soaked storytelling of albums past. “In the beginning it was hard,” he says of the new approach, “because you get in the habit of doing something and you feel like you can put a name here or I can put a little story to throw the people off so they don’t know I’m talking about me.” Fallon was able to rid himself of this routine when he came to a simple realization. “You only have your stories. You don’t have anyone else’s.”

That eureka moment made Fallon excited about the new album’s potential. He’s hungry for the biggest stages. “I’ve always been ready for arenas,” he says. “I’ve just been waiting for them to catch up to me.”

Luke McCormick
Tags: In The Studio, The Gaslight Anthem