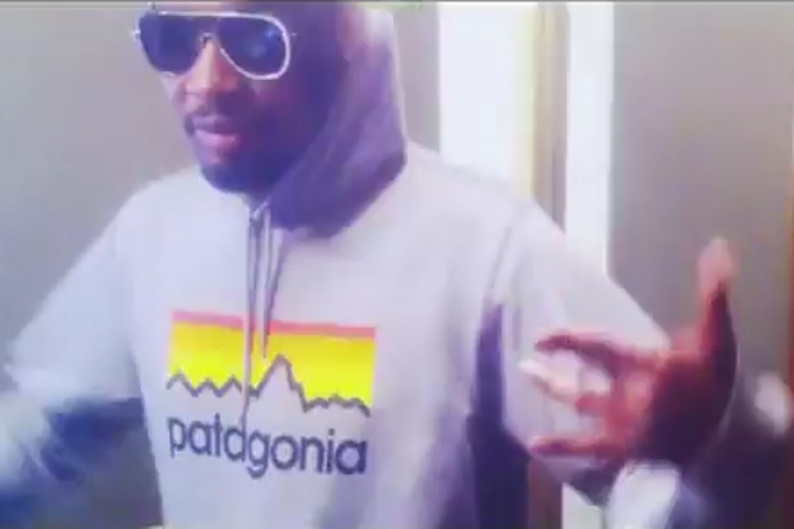 South London grime producer Darq E Freaker has been around for a hot minute — check the beat he did for 2009’s Tempa T crucial cut “Next Hype” — but it wasn’t until early last year that his sound really began to ignite. The catalyst: the nasty, space-bubblegum instrumental “Cherryade,” which sounded like sounded like a weeded cartoon puppy barking at an iced-out bird, and and helped usher in the super-exciting new generation of grime artists who honor their predecessors but aren’t hemmed in by them. Then, when DJ Sinden threw Waka Flocka Flame’s “Hard in the Paint” vocal over “Cherryade” for an unhinged but totally perfect union, it all clicked: the perpetually snarling urgency of grime MCs isn’t that spiritually far off from America’s new crop of rap party crashers.

Enter “Blueberry (Pills & Cocaine),” which grime and rap fans have been dying for ever since Danny Brown started tweeting at Darq E Freaker early last fall. A match made in heaven between Freaker’s cool world and Brown’s freaky pranksterism, the track marries the producer’s signature whistling pop-art sounds with Brown’s tweaky barks and completely derails whatever normal crap you had planned today. (Brown shouts out A$AP at the beginning because Rocky was initially scheduled to be on the track.) Pretty sure Brown raps one of his classic sex-shooters — “Your bitch want my mojo / tattoo where my low go / my dick’s like a pogo” — but part of the wondrousness of this track is that Freaker’s beats match Brown’s spazz factor, and the whole thing becomes a chaotic whirlwind of did I just hear thats. Or, as Brown puts it: “Crazy. Psycho. Deranged.” Here’s to 1000x more collabos. Cop the entire Blueberry EP from Southern Hospitality (including, of course, a Sinden remix), and while you’re at it download Freaker’s essential Mishka mixtape from last December.