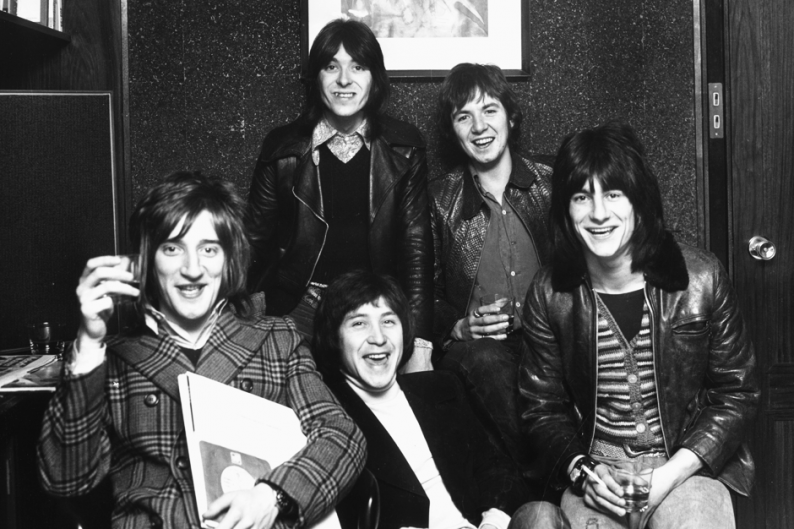 Faces are one of ten acts being inducted into the Rock Hall of Fame this year, and where Guns N’ Roses have failed us, the offshoot of also-inductees Small Faces will deliver — by performing with their frontman, Rod Stewart, at the ceremony for the first time in 19 years.

“We all had dinner about a month ago and decided that the Rock and Roll Hall of Fame would be the perfect time and place,” drummer Kenney Jones said, breaking the news to Music Radar (via CoS). The band reunited back in 2009, but Stewart, whose departure in 1969 to pursue his (immensely successful) solo career led to their disbanding, was suffering from vocal complications and didn’t join them. (Apparently, rehearsal efforts went so far as re-learning Faces songs in new keys to accommodate his post-surgery voice.). Now, though there are no official plans to go beyond the induction ceremony performance (Jones said it would depend on the bandmates’ individual schedules), at least Stewart is vocally up for it. The only original Faces member who won’t be present is bassist Ronnie Lane, who died of multiple sclerosis-augmented pneumonia in 1997.