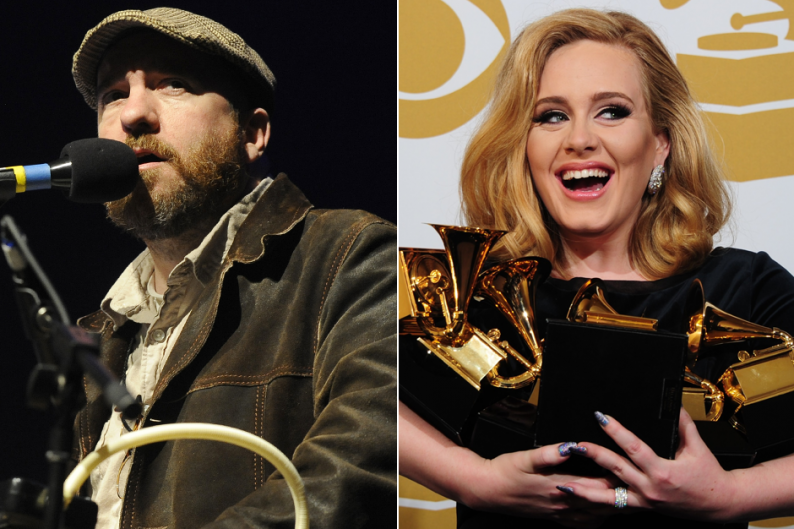 Magnetic Fields frontman Stephin Merritt has been branded both a racist and a rockist due to his opinions on popular music, so you’d think he might be wary of opening up his mouth and making any grand, sweeping, controversial statements about the most successful recording artist of the past year… but that’s exactly what he did, telling the L.A. Weekly that Adele’s success is the result of her fans’ inherent racism.

In what reads like a very uncomfortable interview, Merritt reasons that the reason Adele has sold roughly a bajillion records is because she’s white, and her fans are more comfortable with her race than with her contemporaries of color. “She really has a lovely voice, but I only get suspicious when people get excited about British people who sound like American black people,” he said. “Basically she sounds like Anita Baker. And people are not, you know, wild and crazy about Anita Baker.”

Baker, it should be noted, has eight Grammys, four platinum records, and two gold records — tallies that would intimate that, yes, people were wild and crazy for her, in the late ’80s and early ’90s, when the Internet didn’t exist and she did the bulk of her work. She also sounds like this, which isn’t exactly the same as this.

Merritt also says he liked Amy Winehouse, who it should be noted came under artistic scrutiny for questions about successful racial appropriation and whose non-family friendly lifestyle prohibited her from achieving the Adele Effect during her tragically shortened career. Merritt’s comment on Winehouse, however, is limited to “Poor thing.”

Meanwhile, Adele sold another bazillion (okay, 148,000) copies of 21 this week, will most likely sell that many next week, and is probably doing one of these right now.