Chris Brown also guests on 'Take It to the Head,' from DJ Khaled's 'Kiss the Ring' 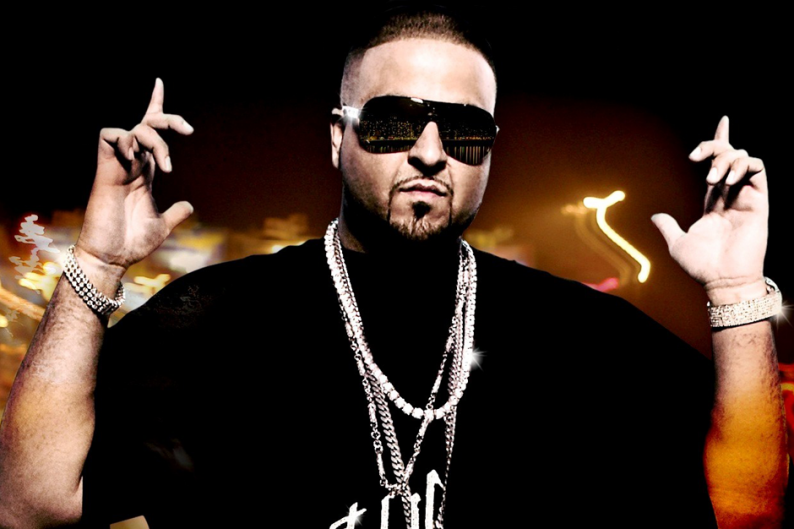 “Another one,” echoes an announcement at the start of DJ Khaled’s new “Take It to the Head” (via In Flex We Trust). The first cut from the well-connected hip-hop shouter’s summer album Kiss the Ring does appear bound to be his latest hit to dominate clubs and airwaves in the warm-weather months. It’s by no means anyone’s best work, though.

As with last year’s “I’m On One,” which featured Drake’s smoothly melodic singing along with rhymes from Lil Wayne and Rick Ross, “Take It to the Head” applies party-starting production and out-of-this-world star power to a hook built around suggestive wild-night-out slang that doesn’t, as far as we know, have an objectionable meaning in Europe. This time the luxe electronics come courtesy of fellow Floridians the Runners (whose previous Khaled chart-climbers include T-Pain-led “I’m So Hood,” Akon-touting “Out Here Grindin’,” and Kanye West collaboration “Go Hard”), while Chris Brown robotically croons the title phrase, Ross grunts about his skills as a sugar daddy, Nicki Minaj retorts that it’s all “huffin’ and puffin’,” and Wayne continues to sound more and more like lazy Cash Money boss Birdman (“I’m killin’ them hoes / Like Jason”). Rest assured Weezy doesn’t leave that other connotation of “head” unexplored.

“Take It to the Head” lacks the of-the-moment urgency of “I’m on One” or “We Takin’ Over,” but it’s expertly crafted enough that it’s likely to reign for a moment anyway. Or as Khaled puts it here: “Workin’ all winter, shinin’ all summer.”