40-plus, 8-bit bliss-outs from the Stones Throw producer and old school gamer 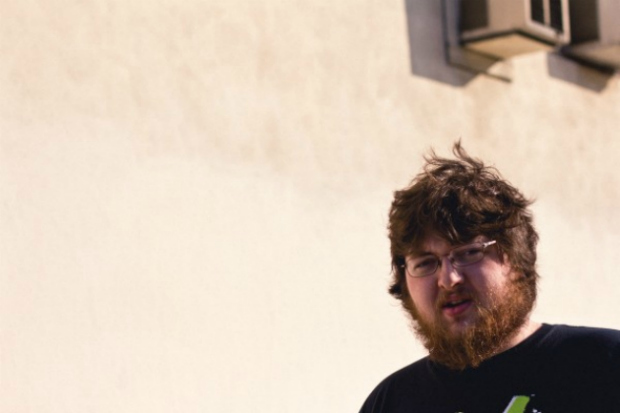 As rap production moves further into the territory previously left to musicians on labels like Acephale or Holy Mountain, it seems important to call attention to equally cloudy hip-hop that isn’t being marketed as such. A few weeks ago, it was Lee Bannon’s gauzy glitch-rap release Fantastic Plastic, and here, we have Los Angeles producer/rapper Jonwayne’s Oodles Of Doodles, a beat-up sounding beat tape from earlier this month. The thing is massive — 44 tracks digitally, 48 tracks on 2 CDs, if you buy the physical copy — and I’ve just recently wrapped my ears around the whole thing.

Most of the beats here sound like the music from an old video game in those last few seconds before you’re about to run out of time: the tempo speeds up, and all the bleeps and bloops sound manic and scrunched together. One song here is tellingly titled “SNES Tribute,” another “Big Like Curby,” is presumably a reference to the beloved Nintendo character, Kirby. Jonwayne’s album from last year is titled Bowser and here is a photo of him in a Teenage Age Mutant Ninja Turtles shirt, so it probably seems like we’re veering into nerdcore territory here, but this isn’t empty, regressive nostalgia. This is the same gnarly memory purge that has chillwave producers doing their best to sound like dad’s crappy Windham Hill records, and guys like Clams Casino doing a skewed take on vinyl hiss, boom-bap. They’ve got these sounds rattling around inside their heads, whether they want them there or not, so they might as well try to do something with them.

The best tracks on Oodles Of Doodles are unsurprisingly, the ones that have the least to do with hip-hop: “Live At Guitar Center,” a jumble of piano on top of more piano and what sounds like a faucet running; the keytar explosion of “ElecTricity”; “Hella-Copter,” a dorky, four-on-the-floor dance track. Songs like this are proof that there’s easily a tasteful, 40 minute, 7.8-on-Pitchfork album here, but that isn’t the point of Oodles Of Doodles. It is an immersive, quality control be damned, fuck it all sprawl of narcotic, head nod-friendly slappers and you have to accept that for it to work. Listen to “ElecTricity” from Jonwayne’s Oodles Of Doodles below: