Video Premiere: Guards Go ‘Soul Train’ for ‘Do It Again’

Watch a succession of stylishly dressed duos boogie down a runway 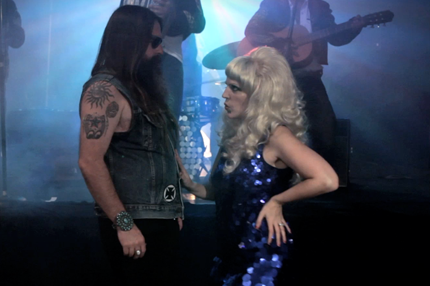 In a nicely timed tribute, the new video from New York City pop-rockers Guards plays like a hipster version of Soul Train, whose creator, Don Cornelius, passed away on February 1.

In the Kaylie Schiff-directed clip, a succession of stylishly dressed duos boogie down a runway, Soul Train-style, at the Echo Club in Los Angeles while Guards’ “Do It Again” soundtracks the proceedings. The song itself is an anthemic, peppy rocker with a vaguely ’60s vibe. Indeed, it’s not a world away from the sound of Cults, which makes sense given that Guards’ Richie Follin and that band’s Madeline Follin are brother and sister.