'Saturday Night Live' writer-producer, whose Comedy Central special New in Town is released on DVD this month, reveals the soundtrack to his life 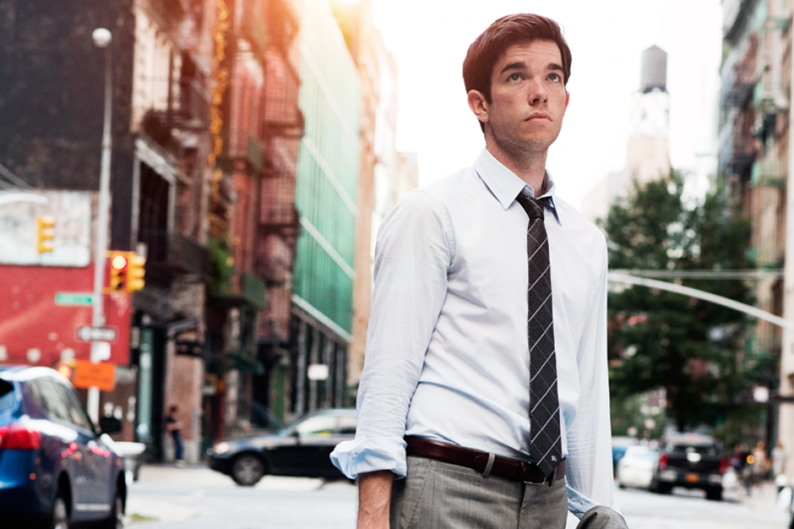 What was the last concert you attended?

Jeff Mangum at Town Hall [in New York]. My girlfriend turned me on to Neutral Milk Hotel about two years ago; I’m not cool enough to have been in on the ground floor. There were songs that I knew really well, but everyone in the crowd knew every word to everything. For some people, this was a bucket-list-level event.

Who would you like to portray in a rock biopic?

David Byrne. I saw Stop Making Sense when I was really little and I didn’t know what it was, but I thought he was really funny. I actually thought he was a comedian at first. So I’m going to say him. Or Little Richard.

Growing up, did your parents object to anything you were listening to?

Not really, but when I was 11, I had the cassingle of the Flaming Lips’ “She Don’t Use Jelly.” My mom was like, “What is this?” I said, “It’s about what she puts on toast.” And she was like, “No, it’s not.” So it was kind of a stand-down because I was so confused as to why she would think it had a double meaning. I was like, “What else would it be?” Rather than explain lubricant, she let it go.

What were you listening to the first time you smoked pot?

I don’t think we had any music on because we were in someone’s boiler room. Everything about it was very French Resistance.

Who comes after Radiohead on your iPod?

Which of your SNL costars has the best taste in music?

Fred Armisen. He introduced me to Washed Out. And my fellow writer Erik Kenward. I write all night on Tuesdays, so I’m really punchy on Wednesday mornings. Once, through Erik’s wall, I heard “Crown on the Ground” by Sleigh Bells for the first time, and I remember thinking there was an air raid. It was great, but very alarmist. I imagine the band were aware of that.

If you were to curate a festival, who would headline?

Do you recall the first album you bought with your own money?

It wasn’t an album. It was the cassingle of “Parents Just Don’t Understand.”

What’s the most prized T-shirt in your collection?

A Lou Reed Transformer shirt that my girlfriend made me. My hope is that I’ll be wearing it some time in [Manhattan’s] West Village, and I’ll run into Lou Reed, and he’ll come up to me and say, “That’s a great shirt. Do you want to go somewhere and talk about Transformer?”

Is there a song that you associate with your first kiss?

No, not my first. But when Coldplay were on Saturday Night Live in 2008, they played “Yellow” in rehearsal and I got very emotional. It was probably from being awake for so long and it being a make-out song from when I was younger, but I was like, “Oh my God, ‘Yellow’ packs a lot more of a punch than I thought it would.”

What song would you like played at your funeral?

I’ve given this a disgustingly egotistical amount of consideration: A Galaxie 500 cover of the New Order song “Ceremony.” Really, it’s based on the assumption that I’ll be there to enjoy it and watch everyone cry. Then “Ceremony” will play and they’ll cry even more. And they’ll all agree they never should have been mean to me.