The song, plus a new remix by Romy xx, premiered on Australian radio yesterday 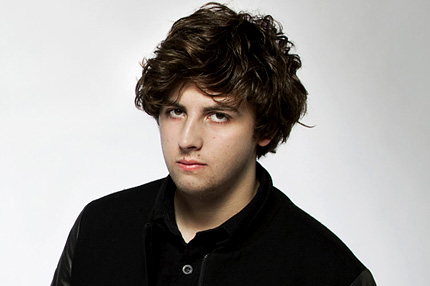 Young Turks (the label responsible for releases by the xx, Chairlift, SBTRKT, El Guincho, Wavves) has taken residence at Australian station 94.1 FBi Radio this week, and yesterday, not only did they haul in Chairlift — who performed live in the studio — they also premiered new music by both members of the xx: one instrumental reinterpretation by Jamie xx, and one mixtape, by Romy xx.

As NJ Underground points out, the Jamie xx track is actually not explicitly new material, but an instrumental version of the cover of Rui Da Silva’s “Touch Me” that he and Scottish DJ Yasmin covered for BBC 6 Musicaround this time last year.

The Romy xx element of the show is a dreamy four-song “mix” she compiled for the show, including tracks by Fleetwood Mac and Elastica.

The Jamie xx song starts at around the 49:00 mark, and the Romy xx mix directly follows via Pitchfork). Listen below. Also, if you can’t get enough of Jamie, check out his BBC Essential mix from back in September.