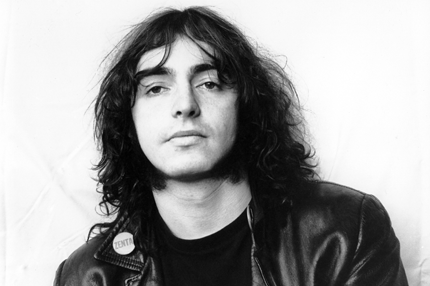 Michael Davis, bass guitarist for raucous Detroit rock pioneers MC5, died of liver failure on Friday, according to a statement from his wife. Davis had been hospitalized at Enloe Medical Center in Chico, California for the past month while battling liver disease. He was 68.

Born on June 5, 1945, Davis joined MC5 (also known as the Motor City Five) in 1965. While the band’s raw approach, anti-establishment stances, and white-knuckle live performances provided a smash-mouth contrast to the hippy dippy sounds of the late ’60s as well as paved the way for punk a decade later, it never eked its way into the mainstream as firmly as like-minded fellow Detroit natives the Stooges eventually did. Davis was booted from the band in ’72 due to a drug problem (the Guardian quotes him as saying he was “put out of the car on the highway so that I had to find my way back home and start things over for myself”). The band split several months later.

Davis continued to play music with Ascension, Destroy All Monsters, Empty Set, and Rich Hopkins & the Luminarios. According to Davis’ wife, Angela, he was planning to record this week in Belgium with ’70s punk luminary Sonny Vincent. In addition to production work, Davis was also an avid painter, having first studied at Wayne State University in the ’60s before stopping to pursue music, and then returning to it recently through BFA in Oregon and California. In 2009, his painting “White Panther/Big World” appeared as the cover art for the band’s best of compilation, MC5: The Very Best of MC5.

Patti Smith and William S. Burroughs in Conversation: Our 1988 Feature