Who Charted? Only Tim McGraw Can Stop Adele Now

'21' notched its 17th week at the top of Billboard's album chart, 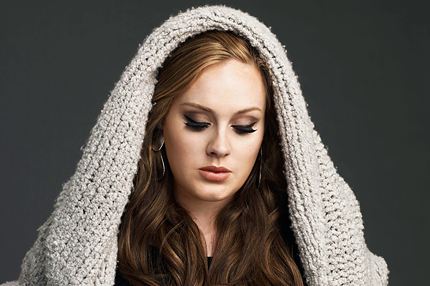 First! Adele must have country singers shaking in their boots. The British singer’s 21 has reached its 17th week at the top of Billboard’s Top 200 albums chart, matching the reign of Billy Ray Cyrus’ Some Gave All and coming within a week of Garth Brooks’ Ropin’ the Wind dominance. Her sophomore album sold 95,000 copies, according to Nielsen Soundscan, good enough to surpass the Titanic soundtrack’s 16 weeks at the top. Adele may have beaten Celine Dion, but she’ll need to keep this up another three weeks to pass the Bodyguard soundtrack’s SoundScan-era-record 20-week run. Yesterday’s release of Tim McGraw’s Emotional Traffic, however, could put an end to that. Garth owes you one, buddy.

A New Normal? Last week was the first in SoundScan history you could sell less than 20,000 and make the Top 10. Well, we’ve done it again, haven’t we? Overall album sales for this week are actually down 1 percent from the week before, and down 4 percent from the comparable week last year — a week when, you know, the Decemberists’ The King Is Dead was able to scale the charts.

Everything’s Coming Up Adele: Adele’s “Set Fire to the Rain” jumped to the top of Billboard’s Hot 100 songs chart. With previous No. 1s “Rolling in the Deep” and “Someone Like You,” 21 becomes the first album to reign over the Billboard 200 at the same time that three of its singles have led the Hot 100. The previous 10 weeks’ No. 1, Rihanna’s “We Found Love,” finds itself in a hopeless place by comparison at No. 2.