A first look at the five-song live set 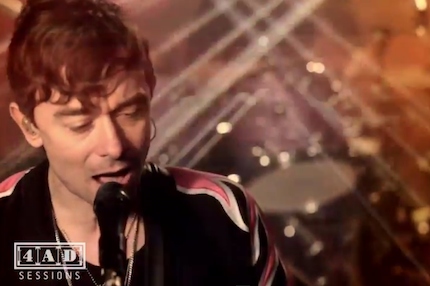 The following clip of the Big Pink performing “Hit the Ground (Superman)” from their forthcoming Future This is worth watching for Robbie Furze’s ridiculously awesome black-and-pink Adidas jacket alone. But the performance — part of a five-song set for 4AD Sessions you can see in full here — is equally mesmerizing. According to 4AD, it was shot at 3 London’s 3 Mills Studios, which is essentially the city’s oldest industrial ‘hood. Also: There are lasers.

When you’re done watching that, listen to the Big Pink’s full second disc, with commentary from Milo Cordell on every single song right here: The Big Pink’s Track-by-Track Guide to ‘Future This’.

The Big Pink Are Back With Darkly Sparkling ‘Beautiful Criminal’