Velvet Underground to Warhol Group: Peel Slowly and See You in Court

Yes, we have a lawsuit over bananas 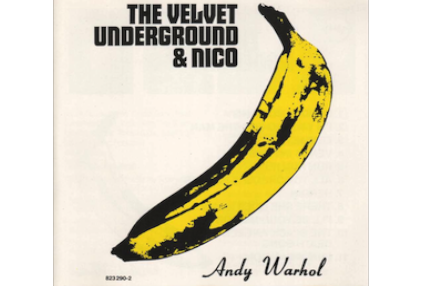 The Velvet Underground are suing the Andy Warhol Foundation for the whole banana. The New York proto-punk band’s co-founders, Lou Reed and John Cale, have filed court papers accusing the foundation of infringing the trademark for the distinctive banana cover art from 1967 debut The Velvet Underground & Nico by licensing it to third parties, according to Bloomberg News. What ever happened to “monkey see, monkey do”?

Warhol designed the banana during his collaboration with the band, but the question is who owns the copyright. The Velvet Underground contend that the image is in the public domain and therefore can’t be copyrighted. Warhol based the illustration on a picture he saw in an advertisement, they note in the lawsuit, adding that the artwork showed up on their cover without a copyright notice and no one tried to copyright it.

Of course, Reed and Cale didn’t file this suit as an abstract defense of public domain rights, however noble that cause might have been. “The banana design is a significant element of Velvet Underground’s ongoing licensed merchandising activity,” the filing says. The suit argues the group’s use of the artwork “has been exclusive, continuous and uninterrupted for more than 25 years.”

The Velvet Underground are demanding unspecified monetary damages, plus a court ruling that the foundation has no copyright interest in the banana design and an injunction blocking the foundation from using the design in any merchandise. The filing asks for a jury trial. Lawyers and intellectual-property experts tell the Wall Street Journal the case could be slippery. (Zing!)